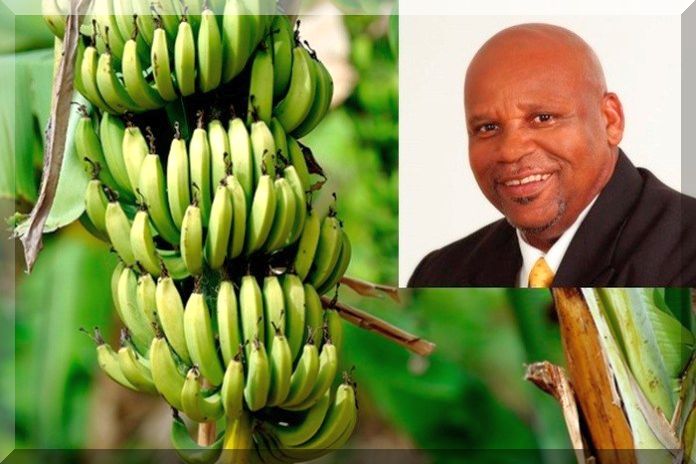 The Saint Lucia Labour Party (SLP) is reliably informed that regular shipments of bananas from Saint Lucia to the UK has been curtailed significantly and there is unease among banana farmers and leaders in the banana industry about the immediate future of the still vital industry.

Banana shipments have now been reduced to one container of banana boxes per week containing approximately one thousand boxes. Shipments over the last two years moved from 12 containers to seven to five and now to one. Information reaching the SLP indicates that one exporter has been handling exporting of the fruit to the UK and business arrangements with that exporter to have a regular and increasing supply of bananas to the UK market have not met the expectations of farmers, who were promised by the United Workers Party (UWP) government and prime minister an increase to 60,000 tonnes of fruit in exports annually.

According to well-placed sources, farmers held an emergency meeting with the prime minister, minister for agriculture and industry leaders on Wednesday, September 2 from 2:30 pm to discuss the urgent and troubling developments.

Of major concern to the farmers and their leaders is the issue of costs to farmers relating to the Maximum Residual Limit (MRL). This relates to the maximum quantity of specific chemicals recommended to be used to get fruits ready for packaging. The penalties for surpassing that limit are borne by farmers. This cost has been on the increase and it is reported that recently fruit has been rejected due to that problem

Failure to market to Martinique and France

The prime minister continues to mislead Saint Lucians about the reasons for not fulfilling his governments promise to ship thousands of tonnes of bananas to France and Martinique.

In a recent interview which was aired on national television stations, the prime minister, in a response to a question on the subject of banana shipments to France and Martinique blamed many factors; hurricanes, problems in Ghana and the Dominican Republic and Black Sigatoka in Martinique, none of which can be directly related to the governments promise of delivering bananas to France or Martinique.

You will recall that the minister for agriculture Ezechiel Joseph, addressed parliament and reported that UGBAN continues to have interest in our bananas. He also gave the requirements for the export of fruit to France. Minister Joseph further stated that there were problems with the packing of various lengths of banana fingers and therefore blamed the size of fruit and packing of our bananas for the failure of the trial to France.

The prime minister, therefore, continues to mislead the people of Saint Lucia on the issue of the marketing of bananas to France or Martinique. Farmers who expanded their banana fields have suffered losses as a result and there is no end in sight to the government’s misinformation on this matter.

The Banana Production and Improvement Project has been a dismal failure. That unit has failed to help farmers to dramatically increase the volume of bananas shipped to the UK and the quality of fruit has not shown consistent improvement. The claim by the minister that farm numbers have increased to 764 cannot be substantiated on the ground today.

The Saint Lucia Labour Party is concerned that this government continues to show scant regard to farmers and this attitude is exemplified by the minister’s comments relating to cash support to farmers, in which he implied that farmers would not be able to manage cash if it was given to them as support for the negative impacts of COVID-19.

The increasing decay of healthcare in St Lucia