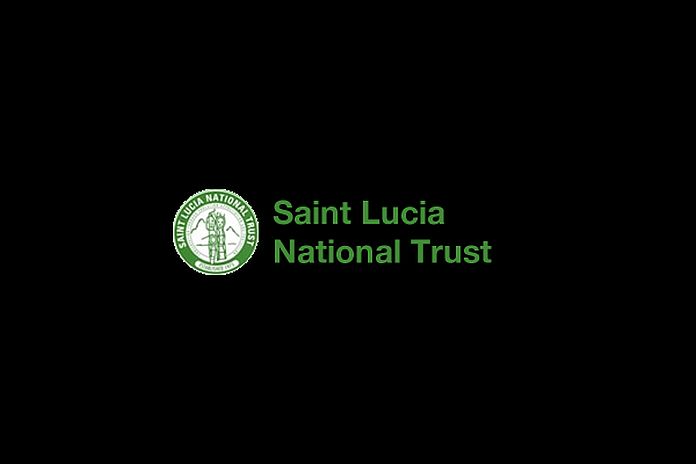 Letter to Members of the Saint Lucia National Trust and Interested Parties:

The Saint Lucia National Trust is alarmed by the misrepresentations of the Honourable Prime Minister as reported by Saint Lucia News Online on May 2, 2020, and feels obligated to present the following facts and views to our members and anyone interested in these matters:

Prime Minister Allen Chastanet once again has attacked the Saint Lucia National Trust (SLNT), accusing the entity of standing in the way of national development.

The Prime Minister made the comments while acknowledging the fact that had work continued on the proposed police headquarters, the building would have been handed over to the Royal Saint Lucia Police Force already.

Plans by the government to demolish the old prison building on upper Bridge Street were halted on September 9, 2019, after the Saint Lucia National Trust filed an injunction with the High Court.

The Trust did not stop the project – we stopped the demolition of the Royal Gaol. These are very different things, mainly because of the status of the project at the time we took action. But first, we wish to provide the sequence of events on this matter. Please note that this issue arose in 2018 and not 2019 as reported:

On Thursday September 6th, 2018 the Trust became aware that the Royal Gaol was being demolished. We visited the site and found that a local contractor in the person of Cyril Dornelly had started demolition works at the site. One building was already completely demolished and work had just started on the Royal Gaol. We contacted the Development Control Authority (DCA) who did not appear to know what was happening at the site.

On Friday September 7th we wrote to the DCA and urged that demolition works be stopped until we could find a way forward with the project that protects the historic Royal Gaol. We visited the site again on Saturday 8th September and found that the DCA had not stopped the works, which seemed to be moving even more quickly. We contacted our lawyer to initiate steps to stop the demolition of the Royal Gaol. Up to this time no one could say who had ordered the demolition of the building. As a consequence, the Trust applied to the Court for an injunction against the DCA, the Commissioner of Crown Lands, the Ministry of Infrastructure and Mr. Cyril Dornelly to stop the demolition of the Royal Gaol. The Court issued an emergency injunction on Sunday September 9th and it was served on the various parties on Monday September 10th, on which date the demolition halted. The Court also ordered all Parties involved to report to Court on September 13th for a full hearing on the matter.

We subsequently discovered that on September 6th, after one building was already demolished and demolition work had started on the Royal Gaol, Mr Cyril Dornelly submitted an incomplete application to the DCA for approval to demolish the Royal Gaol. The DCA approved this incomplete application on the following day – September 7th. This unusual and unprecedented approach by the DCA in accepting an application from a private citizen to demolish a public building, and the unusual speed with which the DCA approved the application, heightened our concerns in relation to this matter. The Trust wrote to the DCA on September 12th, 2018 asking for the documentation related to the application to demolish the building and the decision of the DCA. The request was not acknowledged.

The Parties to this matter reported to the High Court again on 5th October 2018 and were ordered to meet to find a resolution to the matter and report on progress to the Court on October 15th, 2018. On October 10th, the Parties met under the chairmanship of the Acting Prime Minister and agreed that government would cease the demolition of the Royal Gaol and engage the Trust and its partners, including the Archaeological and Historical Society, in designing the project with the intention of incorporating the Royal Gaol in the design of the proposed Halls of Justice.

On 7th December 2018 and 25th February 2019 the Trust and its partners met with the architects who presented conceptual plans for redevelopment of the site. Views were exchanged on how the requirements of both Government and the Trust could be accommodated. We have heard nothing since despite several requests for updates, and more than one year later, we still await updated conceptual plans to review.

Our intervention was intended to protect the oldest building in the City of Castries. It should be noted that when we first acted:

The latest conceptual plan we are aware of was back in February, 2019 and as far as we are aware, updated site plans discussed at that time have not yet been produced. However, in his New Year’s message on January 12, 2020, the Honourable Prime Minister announced to the nation that construction of the Halls of Justice will soon commence. This statement by the Prime Minister would lead one to conclude that the conceptual plans which we were promised but have not yet seen, have indeed been developed, and likely progressed to substantial completion of detailed designs. It is important to note that our intervention was taken at the very early conceptual stage which would have allowed the Government sufficient time to revisit its plans to facilitate incorporation of the historic Royal Gaol into the proposed Halls of Justice.

We take this opportunity to reassure our members, the public and stakeholders with a direct interest in this project, such as the police and the judiciary, that we wholeheartedly support the construction of the Halls of Justice and are aware that it will bring much needed relief to their operations. However, we are at a loss to understand why the Prime Minister would say that the Police Headquarters should be finished by now when, to our knowledge, Government has not completed the project plans or submitted them to the DCA for consideration. This state of affairs cannot, in any way, be attributed to the intervention of the Trust more than eighteen months ago.

“But the National Trust continues to believe that they are the caretakers of the patrimony of Saint Lucia.

Anyone who reads and can understand the Saint Lucia National Trust Act (Cap. 6.02 of the Revised Laws of Saint Lucia) would not make such a statement. But let us be clear – the patrimony of Saint Lucia belongs to the people of Saint Lucia and it is the duty of the State to be its lead caretaker. However, back in the early 1970s Premier John Compton understood that pressures of development will create conflicts within Government and felt that a separate entity not under the control of Government should be created to navigate the conflicts that will arise between development pressures and heritage conservation pursuits. While Premier Compton’s immediate concerns were over proposals to develop Pigeon Island into high end housing, there are many more recent examples that have proved him correct, such as the Le Paradis project, plans to convert the Ma Kote Mangrove into a marina, connecting the Maria Island Wildlife Reserve to the mainland with a causeway, attempts to sell the beach at Jalousie, the damage to Saint Lucia’s heritage being caused by the Cabot Saint Lucia development and the planned demolition of the Royal Gaol.

Premier Compton addressed this concern by creating the Saint Lucia National Trust with the legal mandate to be the caretaker of Saint Lucia’s patrimony, and provided a subvention to help the organization carry out this function on behalf of the State.

In 2017, Prime Minister Chastanet slashed a $700,000 subvention to the National Trust, citing a cash-flow problem being experienced by his government.

The Prime Minister explained, “The reason why the government has not given an allocation to the National Trust because the National Trust also has a dual role in addition to protecting the patrimony from a historical perspective. They are also managing sites and they are not doing a good job.”

Two matters stand out in the above statements from the Honourable Prime Minister:

Firstly, the Prime Minister seems to  be unclear of his reason for not providing the Trust with  its subvention: Is it because of cash flow issues, or because, according to him, we are not doing a good job? It will be enlightening to get a consistent reason.

Secondly, whereas the Prime Minister stated earlier that it is not the Trust’s role to be the custodian of Saint Lucia’s patrimony, he now says that it is our role.  Again, consistency would be enlightening.

He continued, “How can it be you have Pigeon Island, all these beautiful sites and you cannot earn enough money to pay your own way. And Government has repeatedly said bring a project proposal to the table that makes sense because the $700,000 allocation was not to help them in paying salaries.”

The subvention, according to the Prime Minister, was for capital investments to expand the capacity of the Trust in order for them to earn money to sustain themselves.

No Honourable Prime Minister – the historical purpose of the subvention is to help the Trust fulfil the government-imposed mandate to protect Saint Lucia’s patrimony. You are the Minister with responsibility for the Trust, and therefore by law, are ultimately responsible to the people of Saint Lucia to protect their patrimony. Why would any leader shirk this responsibility and seek to destroy the very agency Government created for this purpose? If you now say that instead of the subvention we should submit capital projects for funding, then why have the capital projects we have submitted to you not even been acknowledged? The Trust was first asked to submit capital projects in 2017 and in 2018, 2019 and 2020 we have submitted capital proposals to:

We are at a loss to understand why the Honourable Prime Minister keeps repeating his call for the Trust to submit capital projects when we have been doing so since he asked that we do.

“I will put pressure not only on the National Trust…any entity that is custodian of a critical component of this country must perform,” Chastanet declared.

Including the Sir Arthur Lewis Community College, which recently depended on its monthly subvention from the Government to pay its salaries to employees.

and that we have our own entities that cannot survive?”

“Government can only carry so much of a burden and this has to be a shared burden,” he said.

While we expect the Prime Minister to put pressure on any entity supported by the public purse to perform, it is unclear what the link with St Georges University could be and how this supports his attack on the Trust, but since he brought it up, we have an obligation to state our views on the matter.

St Georges University is a private entity established to generate profits for its owners and shareholders. On the other hand, both the Sir Arthur Community College and the Saint Lucia National Trust were created by the State and funded by the taxpayers to provide them with a service.  Education is the right of every child and it is unconscionable that the State would collect taxes from its citizens and find it a burden to invest a small percentage of those funds to educate the children of this nation while prioritising the use of taxpayers’ funds in private investments that will generate profits for their owners.

It is unfortunate that we constantly find ourselves having to respond via the media to the Honourable Prime Minister’s misrepresentations or misunderstandings, or both. Notwithstanding,  the Trust will always remain available to engage in dialogue to resolve differences behind closed doors rather than dealing with them in the public domain. 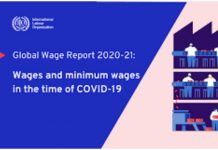