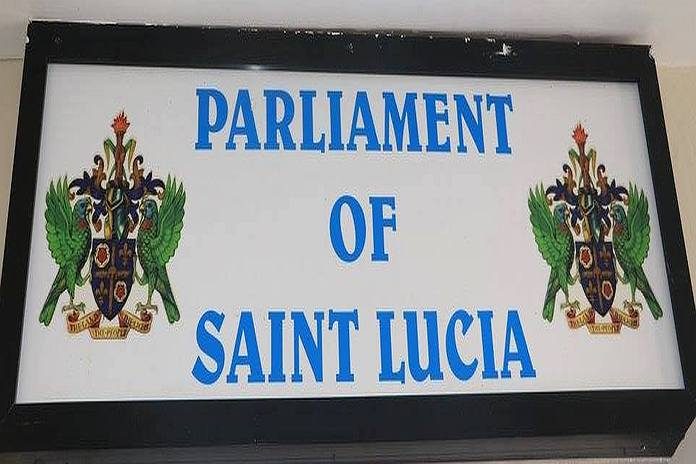 CASTRIES, St Lucia – The parliament of Saint Lucia [aka the infamous parliament of extensive borrowing] is scheduled to convene Tuesday at 10:00 a.m, extensively to “borrow the sum of US$ 20 million from the Export-Import Bank of the Republic of China for the purpose of financing the COVID-19 Response Project,” continues to be highly suspect in its endeavours and notoriously cagey by nature, in the public affairs of the country.

Other matters communicate for consideration simply states: “Statutory instruments – 156 of 2020 and 172 – 187 of 2020.” Motions read: “Resolution of Parliament to authorize the making of an Order for the 2017 Supplement to the Revised Edition of the Laws.” And Bills (previously circulated) – Second Reading: Credit Reporting: Public Procurement and Asset Disposal (Amendment): Public Finance Management,” as at November 20, 2020, “ … the remaining documents will be sent in a subsequent email.”

In April, the executive board of the International Monetary Fund (IMF) approved disbursements (SDR 21.4 million or US$ 29.2) to Saint Lucia following their requests under the Rapid Credit Facility (RCF) mechanism, to help cover their balance of payment needs stemming from the outbreak of the COVID-19 pandemic.

In March, the World Bank board of executive directors approved additional financing of US$4.1 million to Saint Lucia for the Caribbean Regional Communications Infrastructure Program (CARCIP).

Addressing the 70th annual conference of delegates of the Saint Lucia Labour Party (SLP) in a virtual format Sunday, November 15, 2020, Philip J Pierre cautioned that the “country’s current problems are on account of misguided leadership and bad governance,” stated “COVID-19, in addition to creating health challenges for our country, continues to pose worrying economic challenges with the economy projected to shrink by 26 percent by the end of the year according to the government’s own estimates.

“Already, Saint Lucia’s national debt before COVID-19 was $3.4 billion and with further borrowing to come because of the demands of COVID-19, the ratio of Saint Lucia’s debt to GDP will be well passed prudential limits (65%), with early estimates indicating a ratio of 90 percent by next year. In spite of this gloomy outlook of the country’s level of indebtedness, the government continues with the inherently costly route of granting contracts for capital works by direct award,” Pierre warned.

In May, Saint Lucia was the first Caribbean country to announce a new investment option in response to the coronavirus pandemic. To qualify for citizenship via the COVID-19 Relief Bond option, which currently runs until December 31, 2020, an individual is required to make a minimum investment of USD$250,000 in a non–interest-bearing government bond that must be held for five years.

Reportedly, “Saint Lucia has been remarkably successful in attracting enhanced levels of international engagement and citizenship by investment during the COVID period. The Saint Lucia CIP has seen applications increase in excess of 50 percent from its total applications received from the start of its financial year April 2020 up until September 2020, as compared to the last fiscal year. Since the start of our fiscal year – April 1, 2020 – we have already recorded 154 applications received, the best in the five years that we have been in operation.”

Needless to say, nothing has been achieved in Saint Lucia in comparison to Dominica, Antigua and Barbuda; and Grenada, who can account for CIP funds with distinction.

The government of Saint Lucia is distant from the truth, in consideration of the following:

“The current crisis has caused many business owners and investors to realize that they can operate remotely and that there’s no need to be based in the big cities. Saint Lucia’s high-speed broadband network and direct flights to the US and London enable easy access to the rest of the world. Our uncompromising commitment to the highest standards of good governance, coupled with favorable head office legislative provision, makes it attractive for companies to move their headquarters to Saint Lucia. We are still on track to meet our target of doubling our GDP in the next six years.

“Inflows from the program are placed into a national economic fund managed by an independent board and are used to build capacity, reduce debt, and make capital investments in Saint Lucia. “Everything that the country was focused on pre-COVID has become even more relevant now: investment in education, building an e-government platform, simplification of the tax regime, investment in infrastructure, modernization of the security force and of the judicial system, and broadening the tourism offering. The citizenship-by-investment program can be a key source of funding in helping us to facilitate these developments, which is why we are constantly and vigorously engaging with key external stakeholders, including governments and supra-national organizations, to ensure that our investors retain the international market access that drove their initial investment decision,” explains prime minister Allen Chastanet.

Default trending in the fourth-quarter

The direction of the government of Saint Lucia towards the Export-Import Bank of the Republic of China appears awkward on many fronts. The influx of Chinese and so-called CIP projects in the south of the island, add to the mystery.

Besides, a snapshot of diplomatic relations between Taiwan and Saint Lucia, in brief, blinds this relationship, to the incompetence of the government of Saint Lucia’s foreign affairs. It is not only about disruptive politics, but a lack of a good sense of purpose and shattering decisions based on instinct showmanship.

The further challenge is the default trend of the government of Saint Lucia is entering dangerous territory in the fourth-quarter of budget allocations in 2021. There is also the consideration of general elections within that period.

In sum, attempting to borrow out of the current COVID-19 health and economic crisis, coupled with the inadequacies of governance and the application of filarious laws – is a unique opportunity to reshape the contours of Saint Lucia and restore order in the near future.

Related: Resolution of Parliament to borrow from the Export-Import Bank of the Republic of China