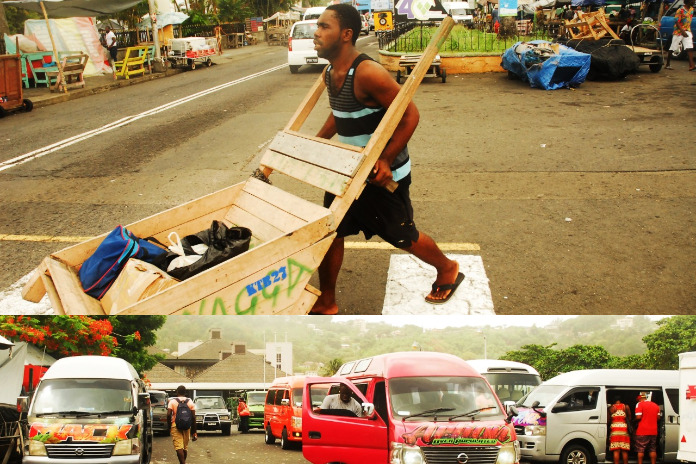 KINGSTOWN, St Vincent —  St Vincent and the Grenadines minister of finance, Camillo Gonsalves, during the presentation of a ministerial statement recently pertaining to the government’s stimulus package and supplementary budget, outlined several areas of success.

“This programme has paid just over $600,000.00 to date. These 2,596 Vincentians represent 82 percent of the 3,164 claims that have been filed to date. Many of the unpaid claims are awaiting additional supporting documentation, while some have been rejected on various grounds. The data indicate that 60 percent of the beneficiaries of these programmes are women and that 66 percent are under the age of 44. On average, these programmes replaced approximately 30 percent of the beneficiaries’ pre-pandemic wages.”

Finance minister Gonsalves address to the House of Assembly last Monday, June 22, 2020, further stated: “That Supplementary Budget was required to fund many aspects of the multifaceted Recovery and Stimulus Package that was conceived by the government of Saint Vincent and the Grenadines to the global COVID-19 pandemic.”

The supplementary budget materialised two-and-a-half months after the passage of the annual Appropriation Bill.

“It is rare, if not unprecedented, for a significant supplementary budget to be brought to this honourable House so soon after passage of the main budget. But the fallout of the pandemic is itself unprecedented, and demanded quick and decisive action from the government of Saint Vincent and the Grenadines to achieve three broad policy objectives,” the finance minister emphasized.

The broad policy objectives were to minimise the loss of life and strengthening our public health systems; reduce the economic impacts on vulnerable Vincentians, displaced workers and most-affected sectors; keep the economy afloat through targeted stimulus spending while maintaining macroeconomic stability; and laying the groundwork to resume growth when the pandemic abates.

A single individual may receive an Interim Assistance Benefit, a Love Box, and a moratorium on their utility bills. However, adding up the various points of contact between the Recovery and Stimulus Package and the Vincentian public demonstrates the extent to which the government has been inclusive and comprehensive in its outreach.

According to the finance minister, “It is impossible for the government to accurately determine how many individual Vincentians have benefitted from the various programmes in the Recovery and Stimulus Package,” however, “over 14,814 payments and donations have been made to Vincentians impacted by the COVID-19 related slowdown. That number balloons to 23,003 if one also considers the 8,189 pensioners that received a pre-payment of two months pension benefits at the outset of the pandemic,” Gonsalves added.

“By any measure, the Recovery and Stimulus Package has touched thousands of Vincentians. Even without including the additional hiring of healthcare and home help for the elderly workers; even beyond those currently importing duty-free barrels; even of the eve of the distribution of the first wave of 3,000 tablets to primary and secondary school students; even as local airlines and businesses that rent state-owned premises get targeted relief; even before all farmers and fisher-folk receive their multifaceted supports; to say nothing of the hundreds of Vincentians who were welcomed home when many were calling for them to be locked out; the response to date has been compassionate, comprehensive and creative.  We are proud that a mere two-and-a-half months after the passage of the Supplementary Budget, we have spent roughly $6 million on over 20,000 individual acts of support and solidarity with the Vincentian people,” Gonsalves stated.

“Saint Vincent and the Grenadines is not a rich country but within the confines of our resources and our limited fiscal and policy space, we continue to work towards an inclusive response to and recovery from this economic challenge,” the finance minister said.