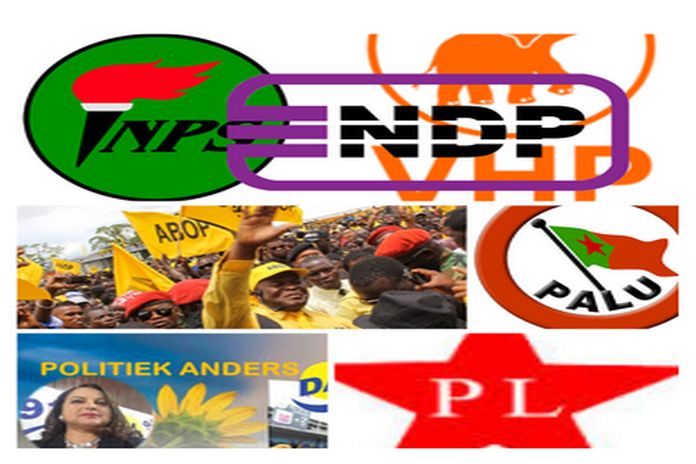 PARAMARIBO, Suriname — Desire Bouterse’s name has been etched in the social and political fabric of Suriname. He came to power in 1980, and since forged a multi-ethnic and multi-religious coalition of Africans, Creoles, Hindustanis, Javanese, Muslims, Chinese and Lebanese. Today, more younger people are attracted to his message, and as the country prepares for the national election on May 25, indications show a tight race between the  National Democratic Party (NDP) and the Progressive Reform Party (VHP).

Other smaller parties like the Brotherhood and Unity Party, (ABOP) could become power-brokers in this consociational democracy.

Unlike in Guyana where there is an ongoing election crisis, Suriname’s two major ethnic groups-Blacks and Hindustantis do not cast their votes to anyone parties. Blacks and Hindustani votes are split widely across different parties. Another interesting factor in Suriname’s con-social democracy is the fact that Muslims there with a strong 20 percent of the population, this number could be smaller now 15 percent due to migration, are split between Muslims of Indonesian and Hindustanis backgrounds.

Historically the Indonesian party, Pertjajah Luhur (PL) played power brokers. In the 2010 election, it took 13 percent of the electorate and gained six seats in parliament. With its cooperation, it usually gets a ministry like the home ministry and ambassadorship to the Motherland, Indonesia.

Bouterse’s NDP  has unleashed a bright and aggressive campaign throughout the country. And to its advantage, it has access to state institutions. It has also put out a Road-map of its programme. (https://www.ndpsuriname.com/departij/beleidsprogramma)

An unknown source has put some data out but people in Paramaribo doubt its objectivity. However, the two top parties expected at the polls are the incumbent NDP and the VHP. A poll posted on GFC news determined: “The NDP (15.7 percent) and the VHP (15.2 percent) clearly lead the way in Paramaribo and hardly differ. This is followed by the NPS (8.2 percent), ABOP (5.7 percent), and DOE (2.5 percent). The Pertjajah Luhur has become virtually invisible at 0.5 percent.”

A commentor said there are “a lot of negative campaigns on social media and some are surprisingly racists pandering to  ethnic sentiments.” Suriname is made up of many races and ethnic patronizing has been an element in Suriname’s election history. If this election doesn’t produce a clear winner and there exists a stalemate the final process to choose the president is the “ United People’s Assembly,” and there will be many trade-offs.

A party that is expected to also do well at the polls is the VHP, historically known as the Hindustani Party, which came into existence in 1949; changed its name several times, and merged with the Muslim Party and an Indonesian party. Its base is mostly Hindustani but also draws support from other ethnic groups. The party strives for a harmonious Surinamese society that draws its strength from the freedom and diversity in religion, ethnicity, culture, personal conviction, democracy, and free speech. The VHP stands for fraternization, nation strengthening and solidarity” in its message.

The Brotherhood and Unity Party, (ABOP) is led by chairman, Ronnie Brunswijk, former rebel leader of the Maroons who led a war seeking political and economic equality for his communities in the interior. The party came into existence in 1990 to advocate for Suriname’s native Amerindians and descendants of freed enslaved Africans who had been living independently for centuries. They still speak tongues from Ghana and Benin and hold strong cultural practices and traditions they left in West Africa. The party wants land rights and infrastructure development in its communities.

The Bouterse NDP looks different from the rest. It is not strange to find a Suriname head of state singing a Bollywood tune. Bouterse enjoys music and on many occasions wows the crowd singing Hindustani, English, or a local song. He switches back and forth between Dutch and Sranan, an English-based creole, which has been influenced by Dutch and Portuguese along with some West African languages. This is the lingua franca of the country and Bouta wasn’t ashamed to use it in public spaces. He also connects with the Muslims and joins them for Eid prayers on the grounds of the presidential palace; his strength. And he maintains these relationships in and out of office.

He is good at building his bases by patronizing them. Bouterse got something for every faction in power. When Blackheads of states or high officials come to Suriname, Bouterse brings them to the grand chief of the African communities to be fitted with a traditional local welcome that has roots in Ghana. He then flies the Ashanti King of Ghana to Suriname as part of an independence celebration. More recently, he provided state funds for leaders of Suriname maroon communities to partake in events in Ghana.

Bouterse’s Cabinet is made of Chinese, Lebanese, Hindustanis, Africans, and mix-races. His vice president has always been a Hindustani and during his last term appointed a young and well educated, vice- president Ashwin Adhin. Bouterse has appointed young Asians, Hindustanis, Blacks, and Muslims youths to high office in his government. This election is predicted to be close and perhaps the “People Assembly” to choose the president.

Commodity price-fall, drop in oil prices have negatively impacted the economy. Economic problems like unemployment, inflation, banking scandals and parliament’s calls to investigate the finance minister, Gillmore Hoefdraad,  could hurt the president at the polls.

The COVID-19 pandemic has also given president Bouterse a much-needed boost. The government quickly assembled a   COVID- 19 response team that grew popular for their professionalism and communication. On the onset of the pandemic, Bouterse closed land and sea and air entrance into the country. Mandatory quarantine for two weeks at the government’s expense has been successful. The government has positioned its resources to defend the vast unprotected frontiers with Brazil, Guyana and French Guiana.

The discovery of oil and gas off the coast of Suriname is good news for president Bouterse. He is keen to use the oil funds to put some of his mega projects back on track.

“Four CARICOM observers arrived in Suriname to watch the election process. The Organization of American States (OAS) is sending a ten-person mission, arriving on May 21 for a week. In addition, embassies from Brazil, France, Venezuela and the United States of America have asked to observe locally. There was also a request from Indonesia and India at the last minute,” According to the Star-News of Suriname in 2015 there were 353,059 registered voters; the total votes cast were: 259,030. In the year 2020, the electorate rose to 385,301 voters. The 17 registered political parties that will participate in the May elections are A 20, ABOP, BEP, DA’91, DNW, DOE, HVB, NDP, NPS, PALU, PL, PRO / APS, SDU, SPA, STREI,  VHP and VVD.

The May 25 election marks a turning point in the country’s young and turbulent past. The world is watching. Suriname hasn’t fully come to terms with its past. This could pose future challenges. Internationally, the election debacle in neighboring Guyana, amidst China, Russia, and US becoming more involved in Suriname and Guyana since both countries have made major oil and gas discoveries.