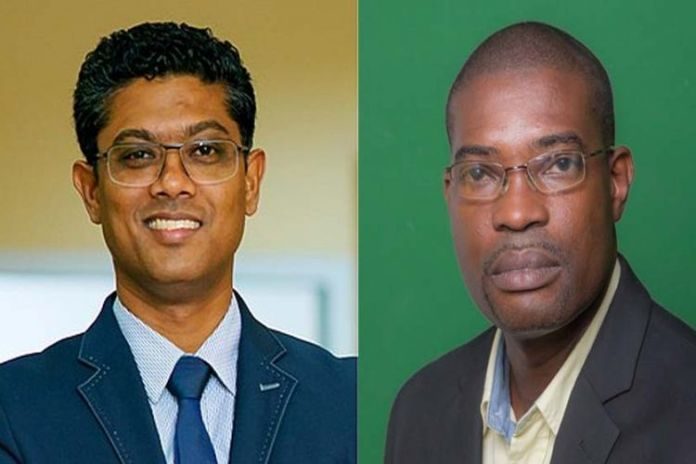 PARAMARIBO, Suriname — Suriname minister of Public Works Transport and Communication (OWTC), Vijay Chotkan, is unaware of any agreement or recent discussion about bridging the Corentyne River which divides Guyana and Suriname.  The Surinamese minister also claimed that he made five unsuccessful attempts to meet his Guyanese counterpart, David Patterson.

The Guyanese public infrastructure minister recently told the media that by year end the two countries will sign an agreement to bridge the Corentyne River. However, Chotkan said that he is unaware of this development which he said, is a brilliant idea that Suriname supports.

According to United News, “Chotkan learned via the media that the minister of infrastructure of Guyana, David Patterson, stated that by the end of this year an agreement will be signed between the two countries for the construction of the bridge. Chotkan denies discussing this with Patterson.”

The Surinamese minister did not rubbish the statement. He said that he will raise the subject with his Guyanese counterpart and give him the opportunity to explain.

There seemingly a communication breakdown between the two ministers.

“There have certainly been five attempts to initiate a meeting with Patterson to talk about a number of issues, but to date there has been no response from the Guyanese side,” Chotkan told the media.

“The pressing issue surrounding the Canawaima ferry connection is one of the subjects that is high on the agenda.”

The Guyana Kaieteur News quoted Patterson who said two weeks ago that there are already talks going on between Suriname and Guyana about the mega project, and a letter of intent will be inked by the end of the year.

Patterson told the media that both countries will have to decide the location of the bridge. Patterson mention the economic advantages for Suriname regarding the export of products to Guyana, but also in terms of the spin-off effects of oil production that will start next year. The bridge is expected to bring great economic benefit to Suriname and especially the town of New Nickerie.

Either China or the Islamic Bank is expected to fund the project, however, Guyana will soon be in a position to fund infrastructure once oil production begins in 2020.

The Islamic Bank has already indicated that such a project it can fund. In 2016, following the visit of the secretary-general of the Organisation of Islamic Cooperation (OIC), Iyad Ameen Madani, the OIC reveal that it is willing to finance the construction of a bridge across the Corentyne River at the eastern frontier between Guyana and Suriname.

“Such a project would support and promote regional integration and economic development, which Madani termed “a triangular relationship between the OIC, Guyana and Suriname”.

The idea of a bridge connecting the two countries have been superficially discussed when leaders of Guyana and Suriname, Bharrat Jagdeo and Desi Bouterse held a high level meeting in 2010. Then in 2012 former foreign minister Winston Lackin and Carolyn Rodrigues-Birkett disclosed that they had approached the Inter-American Development Bank to fund a feasibility study.

In 2014, Kaieteur News reported that the government  “is inviting bids for the project which will be done under the ministry of public works’ capital bridges programme.”

According to Geoffrey Vaughn, coordinator of the works services group of the ministry, Guyana has already decided that the bridge will be built in the vicinity of the Moleson Creek stelling, Corentyne, Berbice, which currently has a ferry operating between the neighbours. However, Suriname is still finalizing details where the bridge will be anchored on the eastern side.

Born in Guyana, Raymond Chickrie was a teacher in the New York City public school system and has also taught in the Middle East.

Respect for the results of the national recount is Guyana’s only democratic solution, says OAS

The Bahamas cruise port construction plans will not ‘derail’

IMF executive board approves disbursement for St Vincent and the Grenadines...