TORONTO, Canada – The Ministry of Foreign Affairs (MOFA) has announced that it highly welcomes the EU’s first explicit inclusion of Taiwan in the “EU Indo-Pacific Cooperation Strategy” joint report, and regards Taiwan as an important EU partner in the Indo-Pacific region.

This comes on the heels of European Parliament support for the EU-Taiwan investment agreement, and the adoption of a resolution during a plenary session on September 16 which urged the European Union to negotiate a bilateral investment agreement (BIA) with Taiwan, recognizing the importance of trade and economic relations between the EU and Taiwan.

The European Parliament, report,” urges the Commission and the Council to move towards a bilateral investment agreement with Taiwan and to urgently begin the impact assessment, public consultation, and scoping exercise with the Taiwanese authorities,”  and called for “concrete proposals and action” by the European Commission to facilitate Taiwan’s full participation as an observer in United Nations agencies, such as the World Health Organization and International Civil Aviation Organization.

The Ministry of Foreign Affairs (MOFA) thus expressed high welcome and sincere thanks to the EU for the first time, to include Taiwan in the official documents of the “Indo-Pacific Cooperation Strategy” joint report, concerned the security situation in the Taiwan Strait, and regarding Taiwan as an important partner of the EU in the Indo-Pacific region.

MOFA is, therefore, convinced that the strengthening of cooperation between the EU and Taiwan in strategic industries such as semiconductors and information communications will not only help the EU strengthen its resilience and diversified value chain, but also help the EU to achieve “open strategic autonomy” as soon as possible after the epidemic recovers.

“The Indo-Pacific is a very important part of the world for us. It is the future, where the world’s centre of gravity is moving, both in geo-economic and geopolitical terms.”

“This part of the world creates 60 percent of global GDP and two-thirds of global growth. Their share on CO2 emissions has been growing. They will represent 70 percent of the increase on energy demand in the next years. And for us, [the region] is the second-largest destination for our [EU] exports, it is our second-biggest market. And among the Indo-Pacific countries, there are four out of the top ten partners on trade.

“It is going to be the place where the middle class will grow [the most]. About 2.4 billion people of the emerging middle class [countries] will be there, [they] will come from this region. And it means [more] demand for consumption and investment.”[…]  Through the South-Asia Sea, 40 percent of our trade is being conveyed by boat. We have a lot of interest in keeping this navigation area free.

“We have a big stake in the region’s future. And we want to be a contributor to the peace, stability and prosperity of the region. We will deepen, as I said, our security engagement making our cooperation as concrete as possible, especially in the field of maritime and cyber security.

“At the same time, we want to deepen our cooperation with democratic and like-minded partners, there are many in the region. So this strategy is also about scaling up and diversifying our political and economic partnerships across the Indo-Pacific. We want to [be] open, to cooperate with all, but we want to scale up with the democratic and like-minded partners in the region, and they are many and [are] very important for us.

“Above all, we want to uphold international law and defend values and democratic principles to which we are committed – as many Asian countries are too. So the motto of this Indo-Pacific strategy would be: cooperate whenever it is possible and protect our values and interests every time that it is necessary.”

In a press release, MOFA affirmed:

“As a partner with similar core values such as democracy, freedom, human rights and the rule of law, Taiwan will continue to strengthen cooperation in the supply chain reorganization of related strategic industries such as semiconductors, digital economy, green energy, and post-epidemic economic recovery.

“We also call on the European Union to start negotiations with Taiwan on the “Bilateral Investment Agreement” (BIA) on impact assessment, public consultation, and scope definition in accordance with multiple resolutions of the European Parliament.

“The ministry of foreign affairs will continue to adhere to its core values, and partners with similar concepts such as the European Union to jointly defend the rules-based international order and the free and open Indo-Pacific region.”

Delivering on Taiwan – EU cooperation is the “Resilient and Diversified Value Chains” essential for the recovery.

“The EU will work with its Indo-Pacific partners to reinforce value chains by strengthening and diversifying trade relations, implementing existing trade agreements, finalising ongoing trade negotiations and developing cooperation in strategic sectors, including address strategic dependencies in supply chains. For semiconductors, for example, it will do so with partners such as Japan, the Republic of Korea and Taiwan.”

“The EU will also pursue its deep trade and investment relationships with partners with whom it does not have trade and investment agreements, such as Taiwan. […] And to ensure the continuity of the adequacy decision adopted under the EU’s previous data protection regime. Other partners such as India, Indonesia, Sri Lanka, Taiwan and Thailand have adopted, or are putting in place, modern data protection laws.”

Significant to the connectivity between economic relations and investments are matters of security. The EU strategy for cooperation in the Indo – Pacific, stated:

“In recent years, geopolitical dynamics in the Indo-Pacific have given rise to intense competition, including tensions around contested territories and maritime zones. There has been a significant military build-up, including by China, with the Indo-Pacific’s share of global military spending increasing from 20 percent of the world total in 2009 to 28 percent in 2019.

“The display of force and increasing tensions in regional hotspots such as in the South and East China Sea and in the Taiwan Strait may have a direct impact on European security and prosperity. There is also an increase in hybrid threats, including on cyber security.”

The EU strategy for cooperation in the Indo-Pacific is available here. 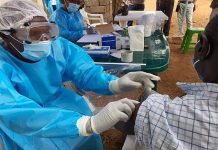