Before my first trip to Taiwan, I was very familiar with its existence from my days in the British Air Force and my years at Westminster University and London University both at Birkbeck College and at the Institute of Education near SOAS, the Institute of Asian studies. On my return to Saint Lucia in 1997, I was somewhat overwrought when the Saint Lucia Labour Party (SLP) broke diplomatic relations with Taiwan for China. I was perplexed that my country did not seem to understand the complexities of China’s ongoing money diplomacy to snatch away Taiwan’s diplomatic allies.

I have had the opportunity to re-examine my military stint in Malaysia, Singapore, Hong Kong, and other countries in Asia and have concluded my experience with Chinese social and economic philosophy ‘modus operandi’ is unfavorable to African and West Indian descendants.

The history of Taiwan is more interesting than one thinks. It has captivated every sinew in my body because of the origin of their inhabitants before the Portuguese sailors arrived and called it Ilha Formosa (the beautiful country). The Dutch and the Spanish followed. Yes, indeed, it is a beautiful country my adopted, where you can find anything you need. The contours are the most pleasant in the world in my estimation.

Chinese from the mainland arrived mainly from the province of Fujian which is the closest to the island in search of work. They braved the hazardous journey by sea to come to Taiwan to find work on the Dutch plantations. They identified themselves as Hoklo while 15 percent of those who arrived later were Hakka from Guangdong (Canton). The early male laborers came to Taiwan without wives and consequently married indigenous aboriginal (Austronesia) women creating a new small ethnic group of mixed people.

The Japanese soldiers (men) arrived in 1895 without women and did like the earlier Chinese settlers married indigenous women. During the period of Japanese rule from 1895 to 1945, they did their best to develop Taiwan’s economy and raised the standard of living. There were 21 indigenous tribes in Taiwan, 17 tribes survive and are recognized, part of Taiwan’s very cosmopolitan country.

After the Second World War Taiwan went through a period of economic depression. During that period, Lillian R Dickson a missionary from the World Vision organization concern with the situation returned to America to fundraise for the people in Taiwan. Together with her strong determination and faith, she successfully built the Christian medical clinic in 1955. This is the forerunner to today’s Pauli Christian hospital.

The person in charge of the hospital at the time was Dr Hsieh Wei. Pauli was chosen to be the site because of its geographical location. Situated in the center of Taiwan, it was also the main trading site for many aborigines at that time. Other well-known hospitals became top of the line so to speak such as Chunghwa Christian hospital.

A nightmare for China

Would president Xi Jinping understand that? Where was China then?

Since 1979, Taiwan’s international recognition has been a relentless endeavor. Taipei formerly represented China in the United Nations Security Council (UNSC). However, today they are confronted with the struggles against long odds to gain access to international organizations more so in the United Nations (UN) because of China’s intransigence. For over 24 years, Taiwan is featured as a democratic government and at one time enjoyed a relationship with mainland China commonly referred to as the status quo. There is no doubt in my mind Taiwan has shown that it is a fully-fledged international powerhouse. In 2002, Taiwan became a full-fledged member of the World Trade Organization (WTO), before China.

The idea being thrust down the throats of countries of the “One China Principle” and espoused in different methods is a major source of Taiwan’s dilemma. Much of Taiwan’s difficulties lie with the fact that Chiang Kai-shek the leader of the KMT during the Chinese Civil War and president of the ROC until his death in 1975. He refused to accept the dual representation of the Republic of China (ROC) and the People’s Republic of China (PRC) in the UN because he did not want “to coexist with bandits” in the eyes of Mao Chiang Kai-chez.

Kai-shek in his idiosyncratic way believed that the ROC was the only legitimate representative of the Chinese people. When offered to be part of the UN under the name Taiwan he was the one to come up with the idea that there is “One China”. Clearly, that was one man’s words then that held sway, but not of the Taiwanese people. Therefore, what came to the fore was the establishment of the PRC in 1949 and the expulsion of the ROC from the UN in 1971 together with the US reorientation toward Beijing in the early 1970s. This resulted in a majority of countries switching allegiance and establishing diplomatic relations with the PRC.

In the 1990s Taiwan’s democratization raised questions about national identity. Currently, many young people espouse that they do not belong to the ROC. They identify with Taiwan and are Taiwanese. Taiwan is at present on the brink of a public referendum on its global status amid the COVID-19 pandemic offering to the world it’s scientific, medical prowess and capability. China unleashed on the world especially the United States, European countries, Britain, Brazil, Iran – “death and destruction” that many believed should never have happened if China’s competence for honesty was adequately accessed by the World Health Organization (WHO). We are witnessing the effects of major world economies’ indebtedness to China and enormous influence. However, Taiwan’s message is clear, WHO should ‘free itself from’ China’s control.

Taiwan is optimistic on the global stage. The future of Taiwan is stronger with president Tsai Ing-wen refusal to accept the  “One China Principle”.

Xi and China’s enthusiasm intended for a One China is akin to flashing mirrors, a nationalistic pipe dream that gives a false impression. China has presumably tried to undermine Taiwanese Democracy whether it be with a “belligerent power”, “the cohesion of cyber-attacks”, and disinformation.

Threats of military power have not worked except for Taiwan to strengthen its global solidarity and upgrade its military capabilities. The indigenous population in the mountainside called the Head Hunters, are likewise keen to defend their democracy. They are fierce and would not allow anyone to take their lands. Lessons from 1933 with the Japanese is available for revision.

Tsai Ing-wen 2020 inaugural address to her people had no soaring rhetoric. In her estimation “leadership means calmly taking the right course in a changing world,” focused on domestic issues, offered concrete proposals on how to sustain economic growth in a changing world. She showed her leadership qualities, Taiwan’s response, and capacity to contain the coronavirus pandemic.

According to Richard C Bush, “ she emphasized several sectors; information and digital technologies, cybersecurity, biotech and medical technology, the fusion of the civilian and defense industries and green and renewable energy”. He added, “what was noticeable in her speech was her desire for Taiwan to participate in international forums, which China has worked hard at in order to bring Taiwan to its knees so as to accept the “One China Principle”.

COVID-19 has demonstrated to the world, Taiwan’s success story of humanity, science, and technology. 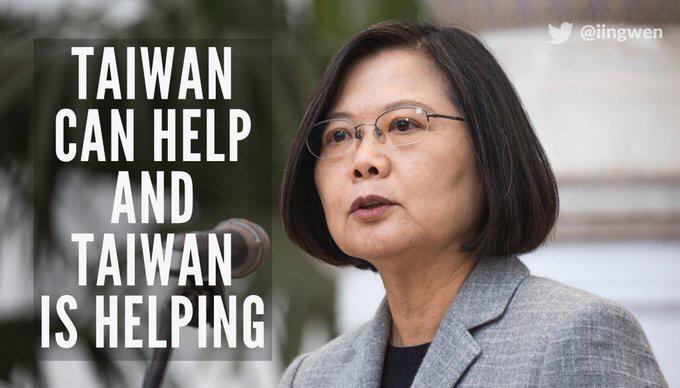 President Tsai Ing-wen will continue the fight in the face of China’s recalcitrance to Taiwan’s’ acceptance in international organizations such as WHO and the World Health Assembly (WHA). Irrespective of China’s boisterousness and aggression towards the so-called “One China Principle” or the 1992 Consensus” the Taiwanese people are defiant.

Taiwan will not accept China’s campaign of intimidation, international marginalization, interference in Taiwan’s politics, and cooptation of potential allies.

There is no doubt in my mind that both sides have to find a way to coexist over the longer term and prevent any intensification of antagonism and differences. On that front, I believe that we will see some resistance, as observed, that many countries are pulling their businesses out of China for multiple reasons.

Chinas totalitarian ruler and a communistic way of life coupled with a Chinese characteristic should one day experience a democratic Taiwan – proud, and intelligent people, ardent practitioners of democracy. 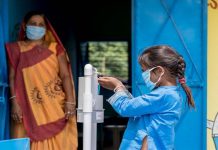 When talent dies a premature death