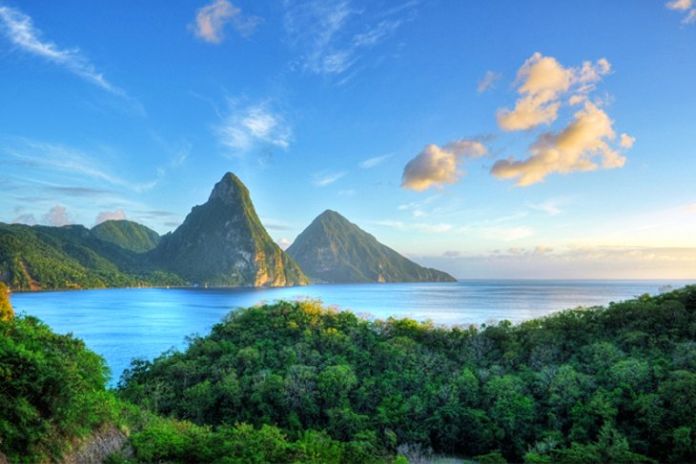 Adam Swift wrote: “People who think properly and have appropriate relevant information are more autonomous than those who can’t or don’t.” How wrong I was when I see the callousness and damp right stupidity that has taken place within the proximity of Saint Lucia’s Pitons a World Heritage Site, that is best described as – sacrilege and an insult to humanity.

I now indulge in a quote from Jonathon Porritt and David Winner’s book “the coming of the greens” where they took a quote from Gorbachev in his book Perestroika when he speaks like a true Green by elucidating that, “there is a need for new political thinking … we are all passengers aboard one ship, the Earth, and we must not allow it to be wrecked. There will be no second Noah’s Ark”.

I believe that this should send a message to all mankind when dealing with the environment, especially those involved with the wreckage of our most sacred Amerindian site.

History has shown that all the hotels and proposed developments on sacred Amerindian sites, including the excavation of a cemetery that was replaced with a bank, have gone belly up. Therefore, the philosophy of this seeming development and the UWP government is heading into the abyss.

When I think of what has taken place under the United Worker Party (UWP) government, I shudder to think that the political electorate will ever give them five more years. Should that be the case, I will certainly make plans to go back to Europe; but I don’t want to believe that the frenzy of party politics, the knucklehead 43 percenters and politicians will ever drop lower than it is presently.

Consequently, we must come together to create a new economic and social order, which will allow us to live in harmony with this pristine land of ours. We must therefore become defenders of the countryside, of public parks and forests, the rivers, the list goes on. Bearing in mind, that this UWP government is nothing less than a polluting, plundering and materialistic one.

I find it difficult to come to terms with what I have seen or heard in terms of the sacrilege of our precious asset the Pitons. Therefore, this article has nothing to do with party politics – except with our national heritage for our children yet unborn.

What have we come to when any government or groups of people can condescend to sell and or lease our national assets? Cabot St Lucia ‘fiasco’ has been a shocker, but the Pitons issue is a killer because no one would have believed that any government could be so masochistic in their approach to development. My views on the Cabot issue has nothing to do with a golf course because it would not have been built, so close one owned by Sandals. The pretext and this deal is nothing short of a land deal to build an exclusive enclave for the rich and famous.

Moreover, the question is: whether this is another Canadian corporation and/or individual. Either should know full well, that this would never be acceptable in Canada. So, what is the fetish with so-called Canadian investors and who are their facilitators on Saint Lucia, dismantled our natural assets to suit their whims and fancies?

The Pitons and Cabot deals are devastating national issues; and as far as I am concerned, both warrant an injunction and imminent domain treatment.

It took years to achieve World Heritage status for the Pitons. Yet, a few bloodthirsty and money nincompoops can literally in one foul swoop wash away years of hard work for those magnificent twin peaks.

This action by reprobates (the cabal Cabinet, statutory institutions and other private individuals) have left me dumbfounded and speechless; because these individuals will not be able to keep their heads above water as they will always be seen as traitors to their homeland for generations unending. Why? Because they were prepared like Judas to sell our prize asset for 30 pieces of silver. This is very real in modern times since that said development in sum or part was rejected by the Development Control Authority (DCA) in 2017 but subsequently approved.

Someone has the blood of the nation on their hands.

As night follows day the magnificent Pitons is endangered of being removed from its standing as a World Heritage Site. Our society cannot be protected against the destruction of corals reefs some of which are among the world’s richest ecosystems, second only to tropical rain forests in plant and animal diversity. This extremely sensitive environment has special temperature, salinity, light, oxygen, and nutrients requirements. If environmental conditions fall outside the acceptable range of these requirements, the health and dynamics of a coral reef community can be severely disrupted. Any alteration of surrounding coastal watersheds can directly affect the health and productivity of a coral reef.

So, in a sense, one is not only thinking of only the Pitons but the seabed. I know this area all too well. I have nose-dived there as a former member of the National Conservation Authority (NCA) in Soufriere.

On Saturday, I was informed that the representative for Soufriere has made the issue relating to the development on the Pitons – a labour party / national trust issue – in that, the questions being raised and fomented is coming from that direction. It may be so in the case of The National Trust because it is part of their responsibility. It is amazing how politicians can twist things in a manner that is totally dishonest and callous. These individuals must be the pits of this earth because if that is what it takes to be a politician to sink so low then your mind is certainly in the abyss.

March 25, 2013, the ministry of sustainable development, energy, science and technology on behalf of the government of Saint Lucia (GOSL) appointed the Landmark Practice (TLP) to undertake a study of the limits of acceptable change (LAC) for The Pitons Management Area (PMA) World Heritage Site (WHS) Saint Lucia.

As made clear the Pitons are the iconic image of Saint Lucia. It is not part of the labour party or a piece or belongs to the National Trust but the People of this pristine land. Their image of the Pitons immediately identifies the island globally and more locally is a significant icon that distinguishes Saint Lucia from other Caribbean islands. The Pitons management area (PMA) was inscribed by UNESCO in 2004 as a WHS, thereby recognizing its importance as a site in the international context. The setting of the pitons against the backdrop of changing levels of tropical vegetation and the flat sea gives the site the unique visual character and outstanding beauty for which it was in scripted a WHS.

As a former director of the Government Information Service (GIS) 2010, I remembered vividly, we had a fire on the Pitons due to a heatwave and climate change issues and we were asked to go and film. None of my cameramen chose to go for fear of being held merely out of the helicopter. I decided to go. It was a blessed day for me because of the beauty I encountered as I filmed. Thank God the fire receded, but the godly beauty will remain in my mind forever.

The Pitons are without a doubt a gift from God to our forefathers – to us – and for our children and yet unborn. The composites of the cabal Cabinet, brainless and/or corrupt individuals the head statutory institutions, hungry and greedy facilitators that provide professional services to such misdeeds, naturally their hearts and minds are in the gutter and don’t see nor understand the importance of Saint Lucia’s patrimony.

I want to remind those involved that nature has a way of reclaiming its own and rest assured that one way or another nature will do what it must – justly claim what is hers. Always remember that those who laughs last, laughs the best.

Our Amerindian ancestry is alive.