Modernization is important; but should it reiterate a nation of its once colonial rule where only the ruling class and famous get to write the rules.

Several Caribbean islands and African nations have seen an explosion of Chinese businesses over the past decade. These investments may offer a path to better economic growth, but some communities are now skeptical that these inroads are platforms for the dumping of their cheap goods and services to maintain their economy for over a billion people.

Some of these developments offered by investors are like a hanging Pinata. They are attractive to many leaders in these poor and developing countries. And it seems some are eagerly waiting to take a whack.

However, a piñata often leaves trash for someone else to clean up. Furthermore, when poor governance struggles to balance their financial books and move people out of poverty, this frequently leads to forced marriages.

Sadly, when the honeymoon is over, what it will take to maintain this economic marriage to keep the family together?

Recently, Jamaica reported about a $180 million grant from the Chinese for border security and airport operations. Any investments that make the best use of safer communities and enhance travel security should be welcomed. But I wonder when did Jamaica, and China has border issue concerns? Moreover, the region does not have political turmoil from people fleeing their neighboring islands or parishes.

We do understand that economic agreement and technical corporation should benefit all. In fact, new technology and infrastructure have made the flow of goods and services more efficient. But who benefits when the region is now dominated with massive imports?

Is this a “debt trap” diplomacy like others have noted in different places?

This seems like a new conquest of colonization that has not lifted the poor from poverty since it started. Even locally grown products have dwindled to small corners like news racks covered with international news clips while local customs and identity get lost. Few reports noted that China has also used its financial influence throughout the Caribbean Community through [CARICOM] to expand its influence. Several projects from medical centers to stadiums have been built in Saint Lucia, Grenada, Dominica, and Jamaica with cheap loans.

Unquestionable, these developments have some positive effects, but who are the long-term beneficiaries? This is not a new pattern; especially in Jamaica since more people are talking freely.

Reports have shown that China started its diplomatic engagements in the early 1970s, or what can be called their blueprint. For Jamaica, the voyage started under the former prime minister, P.J. Patterson on a high-level visit in 1998, when Jamaica opened an embassy in Beijing. Later, the Caribbean Economic Trade Cooperation was forged.

In 2005, Jamaica hosted the first China-Caribbean trade fair and this pattern remains, while the people who elected these decision-makers have no say in what is next.

Is this economic investment or exploitation?

The lack of transparency, accountability, even corruption, and ignorance often reported has caused frustration for numerous locals. You can’t have an expansion of trade agreement, and only to find your international competitiveness reduced, and no long-term economic gains for the local people to improve their standard of living.

Some argued that when they arrived, they brought their staff, and locals are not employed in any leadership positions to earn a good salary. They may have contributed to today’s lower employment rates as reported, but poverty remains high due to underemployment, low skills job, less employee protection from low wages being offered.

Other concerns are that land areas that should have been designated as historic sites and preserved are either leased or bought by foreign investors.

Soon Mandarin will become the official language of these places. There are also reports that leaders are granting the exploration to mine famous un-touched mountains that play a pivotal role in the environment. Some argued that these new deals amount to personal financial gains, even after they leave office. But the local people must hold them accountable, demand real answers, and not a quick political response in a tweet.

If the coral reef continues to vanish, so does the island. Tropical coral reefs play an important part on our ecosystem on this planet, it contributes to not only clean air but provides a local fisherman the ability to fish and support his family to attracting tourists.

Few businesses on the sea line now must move further inland, due to rising seawater. After it was reported that a few years ago; Jamaica received US $166 million to begin addressing climate change. Who are tracking these projects and few solar systems alone is not the answer?

Today, these coastlines are being torn apart by development causing severe climate issues. And it seems that the failure of leadership to use economic leverage has made it easier for the public land to be sold off.

There are also reports of warmer temperatures on these islands. On a recent trip with a few friends and family, we took a glass-bottom boat on a brief tour. Our tour guide tried to convince us that this is the best coral in the area.

We left wondering if he has been to other parts of the Caribbean where it seems more environmentally friendly, and what a healthy coral reef should look like. Many of the coral reefs look like dying plants on land that could use some fresh water. For the 20 minutes ride, only a few small fishes emerged looking as they too want to escape.

It seems someone has put out a fire under the ocean. Has anyone analyzed the impact of non-operational mining plants to see what contaminants have washed out to sea from a poor drainage system?

Driving on the coastlines can be breathtaking from new developments, but for many locals on a hot day, without entry fees to prime shorelines to cool off, they now must drive for miles too much fewer desirable areas. This once treasured past-time when friends and family looked forward to the weekends to relax on the nearby beaches, several areas have now become an idea for various locals.

One person I spoke with said, “some of these now gated shorelines are local self-inflicted wounds.” He noted, “when it was free, they littered the area with trash and other questionable activities, and no one bothers to clear it”.

The delicate balance is that new development can offer an opportunity for a local artist to support his family, thereby selling hand-crafted souvenirs. While tucked away at a small stand making sales, the culture fades and weakens through erosion and gentrifications. “Imagine prohibiting citizens from a public park,” as one vendor’s legal struggle to keep one of the last free beaches from development

While social media likes may spread awareness, it takes community collaboration to stop the sand from being swept from under their feet. Jamaica is not all about reported reggae music, high crime rate per-capita, marijuana use, and a relaxed attitude.

This episode illustrated a deep tide that has been uprooting the soul of these coastlines, and that this small land with a global image, few are willing to sell its soul. With high unemployment and poverty, low production, the criminal enterprise often thrives as several youths become hopeless.

Economic stagnations that confine up-ward mobility often breeds tension and violence as they fought for equality and survival. Alone the multimillion-dollar coastline, I left wondering how a young police officer will be able to afford a home in some areas they will patrol to protect mega properties.

Analyzing the region’s plight from the outside can be difficult, but who are the investment bankers in disguise? It seems few uses the one-love vibes while quietly threatens the native culture and their environment?

Economic and environmental policies that are geared to enhance the standard of living should not only benefit few but move people in general forward while protecting their environment. As Burning Spear, one of Jamaica’s favorite reggae superstars once said, in a song, “My island don’t sell out.”

The View from Europe: The pandemic offers the opportunity to transform tourism’s role 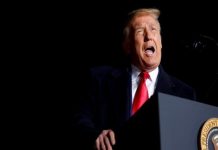 The View from Europe: Responding to US policy in the Americas