At a recent meeting in the Roseau North constituency, the elected member Danny Lugay and his United Workers Party (UWP) leader Lennox Linton claimed the legitimacy of the election to the House of Assembly of the Dominica Labour Party (DLP) members, as winners in the December 6, general elections.

They then went on to say that the DLP was not legitimately elected to government and they would be taking the matter to court by electoral petitions one assumes.

Is this not a case of what is good for the goose should be good for the gander? One would think that the rule of thumb is that if you play by the same rules of engagement whoever wins is duly elected.

Should election petitions be filed, it will be for the petitioner to prove each fact of irregularities so heinous as to affect the outcome of the particular contest under scrutiny. Good luck UWP.

Meanwhile, prime minister Rosevelt Skerrit has a country to govern and should proceed to do so. I was one of those who wrote for political reconciliation even beyond the norm so that stability and a sense of peace and tranquillity might be restored in the nation.

The call of the opposition for fresh elections is wholly untenable. The people have only just expressed their popular-will and given the DLP a mandate to govern for five years. The next election is constitutionally due in 2025.

This post-election bravado must not become any more than a distraction and should it manifest itself in unruly behaviour must be dealt with as a law and order matter. The new minister of national security must be firm in the implementation of the law for any breaches of it and bring to swift trial those who incite, aid or abet it.

Given the public utterances of the opposition days after the people have spoken and the certification by regional and international observers that the elections were free and fair; the opportunity for rapprochement has been sullied and the government must now move forward with the business of the State. 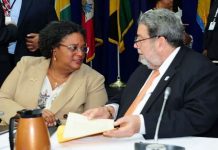 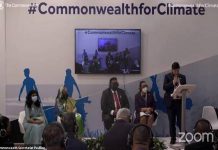 Belize goes to the polls on March 3