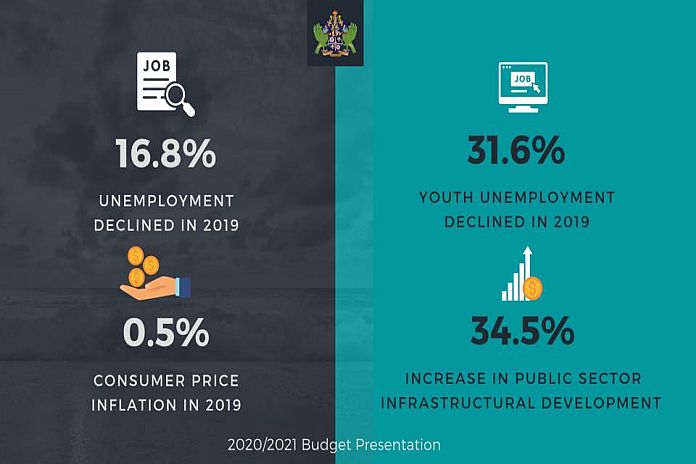 On Friday, June 26, 2020, Alva Baptiste, parliamentary representative for Laborie provided the following comparison of the employment and economic management record of governments of Saint Lucia from 1997 to 2019.

Last month, the member for Vieux Fort South and former prime minister, noted a trend towards presenting official statistics by this government, in a manner distorted to favour their political narrative. The unemployment numbers are a classic case where selective figures are presented to give a distorted view of the true story.

Let me now present from the same source, some employment numbers conveniently omitted by the prime minister and his political operatives:

Here is the current prime minister’s record since coming into office:

Does the member for Micoud South and his back-up choir, still want to talk about economic growth and employment?

These figures clearly illustrate that the labour party has a far better job creation record than the UWP, yet they engage in boastfulness. So the prime minister must not play games with the unemployment numbers, especially as his policies have cost Saint Lucians thousands of jobs.

Member of Parliament for Laborie

US Treasury targets Venezuelan legislator in the attempted takeover of the...