I admire the passion and energy that Trinidad and Tobago commissioner of police, Gary Griffith, brings to his office. Under his leadership, I can see Trinidad and Tobago becoming a better place because he certainly has inspired the population and the officers under his command.

There is now in the public domain an issue that has created controversy as to whether the opposition United National Congress (UNC) should support the present Bail Amendment to prevent persons from accessing bail from the moment they are first charged for the possession of a firearm. It would seem very reasonable in the circumstances of high criminality of gun crimes to do so. But let us pause for a moment to ascertain what this truly involves.

Every citizen of Trinidad and Tobago who is charged, should always have access to the Courts to determine at the end of the day, their innocence or guilt. Bail is a holding position to ascertain and to allow them to continue with their lives. There is a constitutional presumption of innocence until a trial is concluded. To remove access to the Court and to bail is a serious and dangerous thing.

Notwithstanding that the People’s Partnership brought similar legislation, there is a fundamental distinction, in that the law was brought with a sunset clause, meaning after the passage of a certain date the law would have fallen and that the person must have had a prior brush with the law.

To return now, under this present administration, with a bail amendment seeking to remove the right to access the Court for bail for 120 days will take us down a very slippery slope. The underlying concern is that we are then saying that we do not have confidence in the Judiciary. To me, in a democracy, that is a very dangerous statement to confer. We may have problems of course with certain individuals and we shall leave for debate the issue of the Judicial and Legal Services Commission – their ability to appoint, the manner and form they do so.

Let us return to the issue of bail, under our present law. There is a provision in our law as it stands (Section 11 of the Bail Act) [today] that any police officer or the Director of Public Prosecutions (DPP) who is dissatisfied with the award of bail can go to the High Court and even to the Court of Appeal to have that matter revisited to the extent that bail can be revoked. That is a crucially important tool in the armoury of the police service. But I have not heard this matter debated and I think the attorney-general will do well to inform the nation on the options available to us.

We must decide whether we wish to have a democracy where the rights of our citizens are balanced with the power of the State. Historically, and I certainly hope into the future, that must reside in an Independent Judiciary, devoid of any political pressures – of any partisan interest – free and fair to all.

We have heard statements referencing the arrest of hundreds of young men in the society after the declaration of a State of Emergency. Regrettably, many who now hold high office labelled and demonized the declaration – “racist”. It turned out to be a fiasco in the execution of the law. Rest assured, as a former member of Cabinet, it was never the intention of the Cabinet, and certainly not of the then prime minister, now leader of the opposition to arrest persons for the sake of arresting them.

The power was given to the very same police service to exercise their due diligence, under law, to do what they thought was necessary to safeguard the country.

The State of Emergency was a request made by the security forces for the protection of citizens of Trinidad and Tobago. The very same police service will now be required to have the power to arrest anybody for the possession of a firearm and that person will spend 120 days in jail before applying for bail. That is a very dangerous route to go. We must learn from past experiences and errors.

As we proceed, we must take a robust and balanced view of the difficulties, the options available, and there is an option if you are unhappy with the award of bail.

It is not for me to say that we [may] have seen many “cases of abuse” in the past by police officers, either intentionally or recklessly, using the force of law against citizens. That is a matter of our history and our record. We must protect against future abuse and future derogation from the duties of police officers.

But the issue is far bigger than, that is why we are now more concerned than before. It is this present administration that has shown itself, in some indirect way, supportive of dictators and tyrants in other jurisdictions.

We do not wish to participate in that, and I, speaking as the member of parliament for St Augustine having spoken to many of my colleagues including the leadership of the opposition. 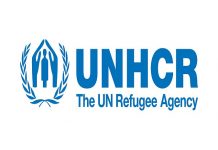 CMA is encouraging all Canadians to vote for health on Monday

The irony of campaign finance reform in St Lucia