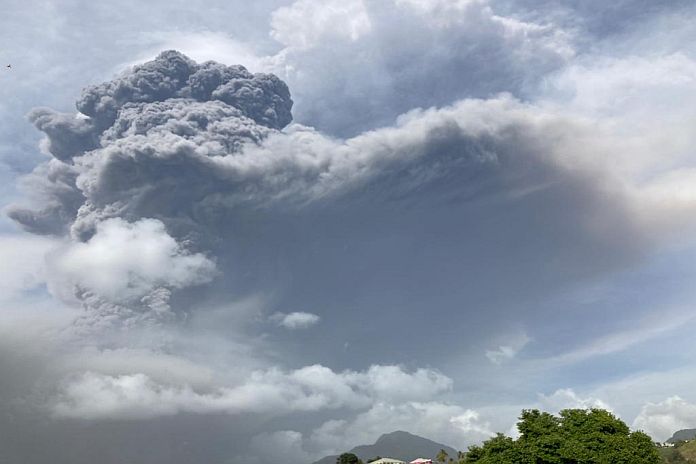 By The UWI Seismic Research Centre

PORT OF SPAIN, Trinidad — On April 9, at 8:41 am, an eruption column (cloud of ash) began rising above the La Soufrière volcano located in Saint Vincent and the Grenadines. This signalled that the volcano moved to an explosive phase following three months of effusive eruption, magma extrusion and more recently, tremor and volcano-tectonic (VT) seismic activity.

Leading up to this morning’s eruption, a scientific team at The University of the West Indies Seismic Research Centre (UWI-SRC) has been stationed on the island since December 2020 when activity was first detected. On April 8, the team recorded seven bands of tremor at two and a half hour intervals. A small volcano-tectonic swarm was also detected. Elevated periods of steam and gas venting coincided with the tremor.

The UWI-SRC’s scientific team on island, currently led by Geologist, Professor Richard Robertson immediately briefed prime minister of Saint Vincent and the Grenadines, Dr Ralph Gonsalves and his cabinet, together with the country’s National Emergency Management Organisation (NEMO). This triggered escalation of the alert level and subsequent evacuation for the declared red and orange zones on the islands. 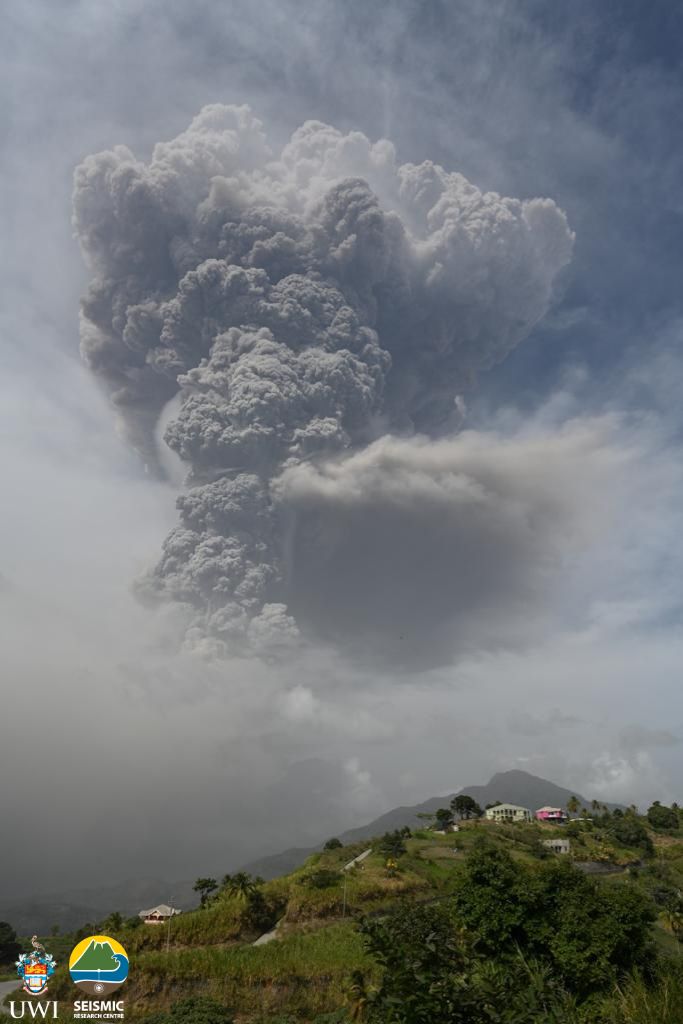 According to UWI-SRC Director, Dr Erouscilla Joseph: “The Belmont Observatory in Saint Vincent is manned 24 hours by UWI-SRC staff who are observing the volcano and monitoring data, including seismicity, ground deformation as well as conducting ongoing field sampling of ash fall which will be sent for geochemical analysis. The team continues to provide support to NEMO and the government of Saint Vincent and the Grenadines.”

Professor Robertson has reported that the height of this morning’s eruption column is estimated at 10km and parts of the country as far south as Belmont and Barroullie have been affected by ash fall although most of the ash has gone to sea. He noted that once explosive eruption started, it is likely that others can occur and advised that the first one may not necessarily be the biggest. He also said areas to be affected by pyroclastic flow (fast-moving hot gas and volcanic material) and surges are those communities identified as red and orange zones; the rest of island (in yellow and green zones) may be impacted by ash depending on wind direction.

The scientific team has cautioned that neighbouring islands and regional aviation interests can also expect to be impacted by volcanic ash. The volcanic ash poses a significant threat to flight safety. It is estimated that phases of explosive eruption are likely to continue for days and possibly weeks.

Updates on activity at La Soufriere Volcano in Saint Vincent and the Grenadines are available via The UWISRC’s social media platforms on Facebook at http://www.facebook.com/uwiseismic and on Twitter http://twitter.com/uwiseismic.

The Seismic Research Centre was set up in 1953 and became part of The UWI in 1962. From its headquarters in Trinidad, it operates a volcano and earthquake monitoring network throughout the English-speaking Eastern Caribbean islands extending from St Kitts and Nevis to Trinidad and Tobago.

The UWI-SRC is responsible for monitoring earthquake and volcanic activity in these islands. The region in which these countries are located is seismically active and historically has been the site of earthquakes of magnitude greater than 8.0. There are at least 19 live volcanoes in the region, which have been the sites of numerous eruptions, most recently in Montserrat (1995-present), Dominica (1997, phreatic) and St Vincent and the Grenadines (2020-present). The UWI-SRC currently manages the Montserrat Volcano Observatory (MVO), which is responsible for monitoring the on-going eruption of the Soufriere Hills Volcano.