A week ago, the government of The Bahamas took an unprecedented decision. It decided to ban the entry of visitors from what is by far and away its major tourism market, the United States.

The reason, the prime minster Hubert Minnis said, was because of a spike in imported cases of COVID-19 following the re-opening of the country’s borders on July 1.

In what the local media described as a sombre address, Minnis banned all commercial flights and vessels from entering the country as of July 22 except for those coming from Canada, the UK, and the EU. He also announced the closure of many beaches and the re-imposition of a curfew on Grand Bahama. Subsequently, Dionisio D’Aguilar, the country’s minister of tourism and aviation, told the Tribune newspaper that The Bahamas’ efforts to restart its principal industry had fallen victim to the inability of the US, from where 82 percent of the country’s visitors arrive, to bring the pandemic under control.

The development points to the uncertain timing of the end of the pandemic and is the clearest indication yet of just how difficult it may be for the Caribbean to revive fully an industry that spreads wealth far beyond those who own the hotels. It also suggests the need to think differently about what constitutes value in a visitor and how, by mutual consent, this might be enhanced.

Saving the rapid discovery and global rollout of a vaccine against the virus itself, those who are hoping for ‘a return to normality’ may be living under an illusion. For tourism to recover sustainably, it will be necessary for public health requirements at home and abroad to be the same, and national and visitor sentiment to be aligned. While desirable, this is unlikely, as the response to the virus has been politicised to such an extent a coordinated global response is now unachievable.

It is therefore hard to believe that in the near future the region will see the return of the 31.5 million visitors who in 2019 stayed on average for nine nights or the 30.2 million cruise passenger landings. To achieve either number would require the restoration of the same level of air and sea lift; the pandemic being fully under control in the region’s major markets, and especially the US; citizens, workers and governments feeling confident that the virus is not being reintroduced by travellers; and robust testing and certification regimes existing at points of departure or arrival, and on-island follow-up systems that cannot be circumvented.

Strikingly, almost every Caribbean nation has adopted a different health regime for arriving visitors. The countries of the OECS have introduced a varying mix of certification,  testing and quarantine requirements, Cuba has decided on an approach that seeks to confine international visitors to a geographically contained area on its central northern cays, while Jamaica has introduced controlled safe corridors, requires an authorisation to travel, and testing on arrival.

None of these measures are conducive to the return of mass tourism.

They suggest that much more thought needs to be given as to how the region, at least in the short to medium term, thinks rather more creatively about who it wants to visit, how long it would like them to stay, and to develop programmes that might engage the attention of such travellers.

So far, the region has few examples of alternative thinking about responding to the likely longevity of the pandemic and the need to capture the imagination of a quite different type of visitor.

Earlier this month Barbados’ prime minister, Mia Mottley, said the country would introduce a ‘Barbados Welcome Stamp’. This allows visitors to stay for 12 months working remotely from hotels, rental properties, villas, and other forms of accommodation. The idea is that those able to work in this way can for a fee of US$2,000 for an individual of $3,000 for a family, if approved, reside on the island for a year but not engage in work locally.

The concept – Bermuda has developed a similar proposition and Cayman is also focussing on high net worth, health-conscious travellers – is intended to obviate the health issues and provide a sustainable economic stimulus to tourism and the wider economy.

While this will not provide the large numbers of visitors that the Caribbean visitor model requires, it does play to the way the world of work is changing.

COVID-19 has proved that multiple functions undertaken in offices in developed economies can be delivered from home or almost anywhere that has stable high-speed broadband, good facilities for streaming, and excellent mobile signal coverage. This means that not only has it become apparent to employers that multiple workplace roles can be undertaken remotely without a loss of efficiency or productivity, but also that many managerial and technical functions require less personal interaction.

The consequence is that all sorts of companies and employees have begun to reassess how they work, commercial office space in city centres has become much less attractive, and greater thought is being given to what a more amenable work-life balance might be. This is occurring just as it is becoming apparent that the Caribbean has a huge amount of fixed inventory and investment in hotels and other forms of visitor accommodation which for some years yet may be hard to fill.

Barbados’ initiative and global trends suggest there might be other ways to build on the presence of very long-stay visitors to develop for example what might be described as a ‘give something back – citizen of the world programme’. This could be aimed at encouraging and utilising the longer-term presence of entrepreneurs, creatives, and tech-savvy designers to mentor and help develop the region’s under-recognised but real services sector talent.

Well-conceived, researched,  and targeted, programmes of this kind aimed at individuals overseas would, in the long run, be infinitely better than the one-off sometimes the questionable purchase of citizenship by investment, by those who rarely make any further national contribution.

The likely longevity of the pandemic suggests that what is now required is innovative, out-of-the-box thinking that accepts that full Caribbean tourism recovery is largely outside of the region’s control. 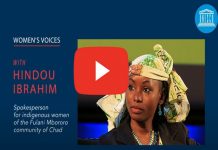