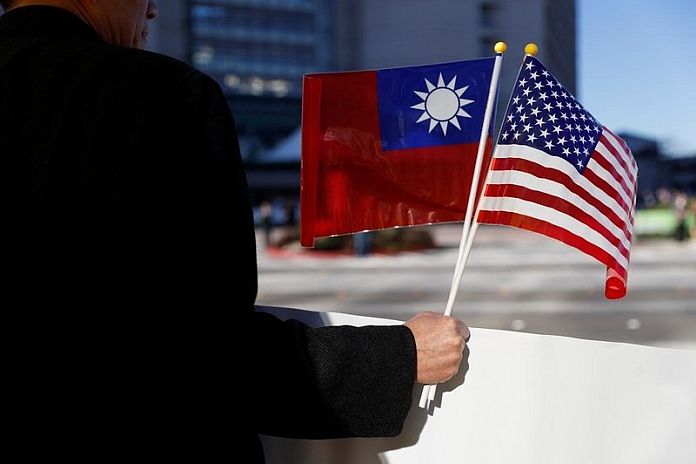 BEIJING, China, (Reuters) – Three US senators will visit Taiwan on Sunday and will meet President Tsai Ing-wen to discuss security and other issues, Taiwan’s government and the de facto US embassy in Taipei said on Saturday, a trip that will likely irritate China.

The United States, like most countries, has no formal diplomatic ties with the island that is claimed by China, but is its most important international backer and supplier of arms.

Tammy Duckworth and Dan Sullivan of the Senate Armed Services Committee, and Christopher Coons of the Senate Foreign Relations Committee, will visit the island on Sunday as part of a larger trip to the Indo-Pacific region, the American Institute in Taiwan said.

“The bipartisan congressional delegation will meet with senior Taiwan leaders to discuss U.S.-Taiwan relations, regional security, and other significant issues of mutual interest,” it added.

Taiwan’s presidential office said Tsai would meet the three at Taipei’s downtown Songshan airport on Sunday morning, and expressed thanks for the show of support, especially at a time when the island is dealing with a rise in COVID-19 cases.

Taiwan has also complained about China trying to block the island from accessing vaccines internationally, which Beijing has denied.

In recent months China has increased pressure on democratically-ruled Taiwan as it tries to assert its sovereignty, including regularly flying military aircraft into Taiwan’s air defence zone.

China routinely denounces visits of foreign officials to Taiwan, calling them an interference in the country’s internal affairs.