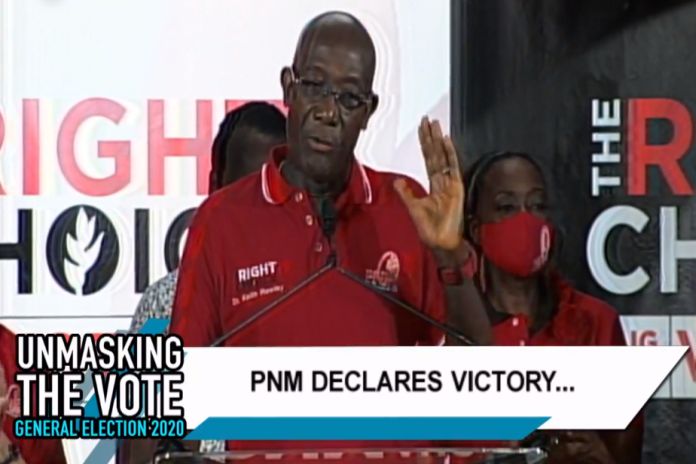 The results are said to be an absolute shocker for the UNC with Dr Rowley declaring victory – PNM 22 to UNC 19 seats, shortly after 10:30 pm EST. However, the UNC and Kamla Persad Bissessar are not conceding defeat and have indicated a recount in three marginal seats.

“Tonight I am not giving any concessionary speech. I am not conceding. Our candidates in several of the marginals are in the process of filing for recounts because the numbers are so close the recounts can be done. Only then can we concede or claim victory. So that’s the way forward for us.

“Thank you very much. Go brave. We fought a good fight. We did our best. And of course, we will continue to do our best for our country and our constituents.

On August 5, Persad Bissessar said, “The UNC is the best option to move our country forward,” added, “We have the team, the vision, the plan, and we can get the job done.” 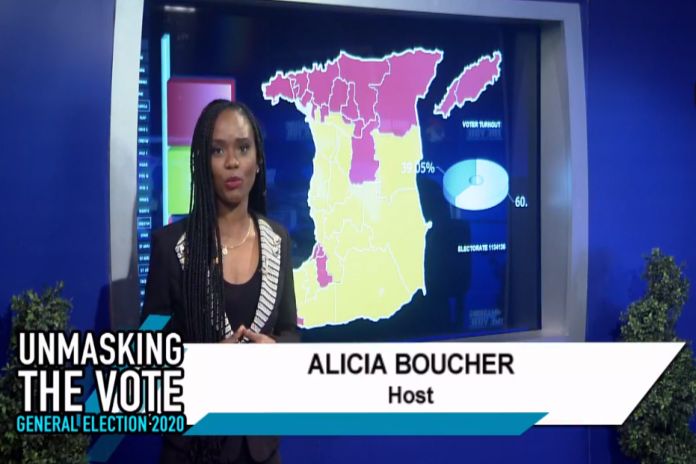 The UNC pledged to rebuild the national economy to ensure that the true potential of citizens is realised. The party’s National Economic Transformation Master Plan was based on people-centred development and getting the country working again.

Trinidad and Tobago has a two-party system, the UNC mainly supported by voters of Asian ancestry, and the People’s National Movement (PNM) prime minister Dr Rowley, support by voters of African descent, competed for 41 electoral seats.

Monday’s general election say a break with incumbents in the region being swept out of office, including Suriname, Guyana and the Dominican Republic. The June 5, 2020, general elections in St Kitts and Nevis election results is mired with problems allege “massive fraud and corruption”, five candidates of the St Kitts-Nevis Labour Party (SKNLP) filed election petitions challenging the outcome of the poll.

Dr Rowley comes with the PNM machismo, arrogance, vindictiveness and intolerance. Dr Rowley has been in power since 2015. The next five years, according to observers “will be challenging and very difficult” for the country.

The economy of Trinidad and Tobago has suffered a lost decade of falling natural gas output, soaring crime, the COVID-19 crisis and a migration crisis with neighboring Venezuela. The country has about 24,000 Venezuelan migrants, according to a UN report. Recently, Venezuelan migrants and refugees in Trinidad and Tobago earn and extra six months stay, ‘given that it has increased the difficulty in fully exercising their rights, such as access to health, education, the right to life, to housing, to food, to work and the safeguarding of livelihoods.’

Trinidad and Tobago is under scrutiny by the United States to determine whether the Dr Rowley administration defied US sanctions against Venezuela. The issue deals with a shipment of fuel from Paria Fuel Trading Company that left our shores for an Aruban refinery linked to Citgo, a subsidiary of the Venezuelan state-owned oil company PDVSA. Reports that the fuel cargo was shipped to Venezuela after it arrived in Aruba have surfaced. The US Embassy in Port of Spain has told the Guardian the “US government is aware of the reports”.

Issues of fiscal deficit, currency valuation, leadership, trust, poverty and unemployment came to head before the election: and thereafter, the next administration takes office, major corrections are expected  to avert a balance of payments crisis and the need to go to the International Monetary Fund (IMF).

Antigua – Barbuda PM advises US agencies on CBRs importance to...