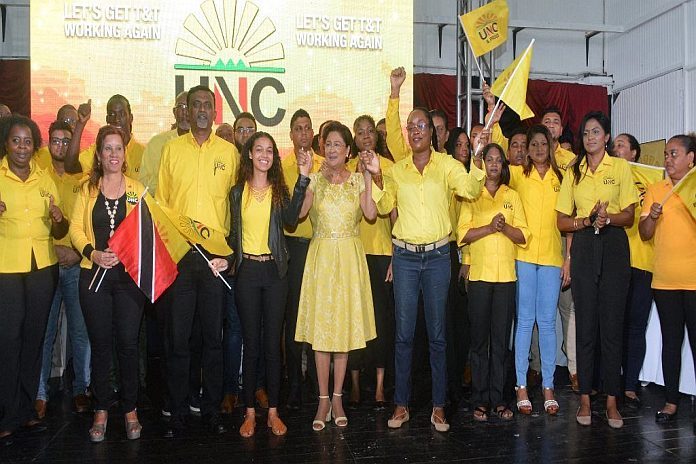 The United National Congress (UNC) is not about talk. They [the government] talk; UNC works, Kamla Persad-Bissessar, the political leader of the UNC told a massive gathering at the Couva South Multipurpose Hall, November 10, 2019.

We get the job done. We believe in the greatness of our country and all our people. We must never forget the unity which has brought us this far as a nation; that the key to our success has been the ability to combine the special qualities of each heritage and culture to create a unique brand; we must be reminded of the strengths which emerged from different cultures to be the best that we can be.  It’s about working for the people of Trinidad and Tobago and the UNC will get Trinidad and Tobago working again.

The wonder of our people

The reason that your great party continues to get up each day and fight for a better nation – despite the challenges, despite the lies and attacks is that we believe that Trinidad and Tobago has some of the most beautiful, most talented, most gifted and most wonderful people in the world.

No other country in the world can rival the warmth, innovation, creativity, courage and caring touch as the citizens of our beloved nation.

What makes us unique is the fact that we are a true melting pot – from the First Peoples to those who came here from nations across the globe to build for themselves and their children and grandchildren.

They came here on different ships and under different circumstances, but we are all in the same boast SS Trinidad and Tobago.

Amazingly, over the years, we have managed to combine the beauty of all these varying cultures into One Nation, our home – Trinidad and Tobago.

We must always honour the memory of the indigenous people who left us with many aspects that are integral parts of our daily lives, and who continue to uphold and preserve their proud traditions today.

Today we are blessed with many descendants of these early European settlers who, like others, have greatly impacted our national development, especially as it relates to law, democracy, business and even religion.

However, it was the arrival of our African forefathers, who first came to Trinidad in 1604 and later our East Indian forefathers who arrived in 1845 which would play a defining role in this nation’s social and economic framework.

Together with our Chinese brothers and sisters who came as early as 1853 and our Syrian Lebanese compatriots who first arrived in 1904, we have all united as one people to create a country that has offered a home, which has offered a stable way of life, has offered love and togetherness, but most importantly it has offered the opportunity to succeed.

We have all united to create a nation that has starred on the world stage in most aspects of life, from sport, academia, literature, art, music and global development.

Today, however, the incompetence, failed leadership and selfish governance of prime minister Dr Keith Rowley regime threaten the beauty of this nation.

At times, to mask their failures, they attempt to divide and conquer. But as a people, we must never forget the unity which has brought us this far as a nation. As citizens, we must never forget that the key to our success has been the ability to combine the special qualities of each heritage and culture to create a unique brand. As a people, we must be reminded of the strengths which emerged from different cultures to be the best that we can be.

Together we will win

The reason I remind you of the beauty and strength of our people is that we need to ask ourselves, what type of leadership do we require as a people?

Given our talent, our skills and diverse beauty, we require leadership which can allow our people to achieve their true potential while respecting the unique backgrounds of each. I ask you to remember our struggle as a people, remember when the black power movement marched to Caroni to unite with sugar workers.

Remember when we came together to rebuild our nation after the 1990 attempted coup. Remember the joy we shared when Hasely Crawford won our first gold when Brian Lara broke the world record or young Keshorn Walcott who won us another gold in 2012.

Reflect on the joy we share for Eid, Diwali and Christmas. As a people, we have shared many joyous moments, as a people we have always shown strength and unity of purpose.

Today I tell you, the future of our nation requires us to stand together once more and defend our way of life and to rescue our nation from the wicked Dr Rowley regime.

The importance of this local government election

This local government election is critical. As you know, for almost a year, we have been hard at work preparing. We have been on the ground, meeting people and hearing their concerns. The response to our call to come forward and serve the people was overwhelming.

We received hundreds of nominations from people from every walk of life, every creed, every race, young and the not so young. I am extremely pleased to see so many young people come forward – because as we go forward, it is the youth who will become the leaders of tomorrow. Thank you for answering the call to serve. These bright and brilliant minds are the future.

On this stage, you see the vibrancy, the strength, the diversity and the innovative spirit of the United National Congress. My friends, December 2nd, will be no ordinary election. That’s because these are not ordinary times. Never before in the history of Trinidad and Tobago has so much been at stake in an election.

For this local government election – you have a choice. On the one hand, is a party which has delivered nothing in four years and has shown that it doesn’t care about making your life better.

On the other hand, is the UNC – the bright spark of energy, drive, and vision, with a proven track record of delivery and a plan to take us forward.

Show me your voting finger

On December 2nd put your x next to the rising sun. Like many of you from the southland who work in the North. I often return to my home after nightfall. And every night on my way home as I pass through Pointe-a-Pierre I always notice how dark it has become.

The Dr Rowley regime has extinguished the flames that once burned brightly at the Petrotrin refinery. And those flames have gone out through no fault of the workers, but rather through incompetence and wickedness and the desire by some people to hide their misdeeds in darkness.

My friends, the extinguished flames of the Petrotrin refinery serve as a metaphor for the state of our nation. Trinidad and Tobago is in a state of darkness. But let me tell you, our nation has seen difficult times before. We have had to endure hardships and struggles. The path we walk as free, independent people has never been easy. But we have always risen to the occasion to meet every challenge we have faced. No matter what religion we may follow, no matter what race we may be and no matter what political party we support – we are, and will always be, one united people.

Hand in hand, we have worked and rebuilt what others destroyed. And with your support, this great party, the UNC, will do it again.

Pain and suffering under the Rowley regime

This is a tragic time and it pains me whenever I think about it. Sometimes, when I sit with my family at mealtime, I am thankful that I can put my food on my plate to eat, but I am also deeply saddened. Because I know there are thousands of children who don’t have any food to eat when the night comes.

There are thousands of parents here, some right here who cannot afford food for their children and I know… I know. I am a mother and a grandmother too. I know that we mothers cannot bear to see our children hungry. We will rather starve and give that last piece of bread, bake or roti to our children than see them hungry.

The most painful thing is when you hear your children ask if there is more of that roti or bake because they are still hungry and you know that because of the tough times you are facing, you know there isn’t any more food in that pot.

The most painful thing is to tell them no, no to food man? No food for our children? That must be the most hurtful thing for any mother – for any parent. Our children are the future, and if the government can’t help them the least they can do is not put their parents out of work.

Their parents have lost their jobs by the thousands – losing their ability to provide for our children. We are big, we are grown up, we can survive for now, but what about the children? The future of our nation is under attack.

The Dr Rowley regime continues to show their contempt for our young people in particular by their gross mismanagement of our education system. We have seen where we made advancements, they have not only stopped those advancements, but they have walked back.

It seems this is what the Dr Rowley regime wants for our children while their children can enjoy everything.

Many of our successful young citizens today were able to afford school because they didn’t have to worry about food because the school feeding programme was there.

The Dr Rowley regime has made a mockery of all of this. They are playing with our children’s future. Look at how many schools are left abandoned by the Rowley regime. Look at the South University of the West Indies (UWI) Campus.

If I were prime minister, students would have been graduating today from that campus. We would have had thousands more of young new professionals ready to advance our nation from the South UWI Campus.

They would have been able to take care of their parents and grandparents. Every parent’s dream is to see their children become successful.

I, just like all of you parents, want that as well. I wanted to see my children get a good education and make something of themselves. It pains me to see what is happening to our schools. Every school left abandoned is another nail in the coffin of our children’s future.

Today we are seeing thousands of citizens, our brothers and sisters having to spend days and nights on the floors of the hospitals. Thousands of them having to sleep on benches because they cannot get a bed to rest on.

None of us would ever want to be in that situation. I would never wish that upon my worst enemy. I am convinced that we have the most incompetent minister of health in the entire world. A minister who thinks that keeping a fully equipped hospital closed is a big achievement.

He has spited the people of Trinidad and Tobago for the past four years by refusing to open the Couva Children Hospital. If that wasn’t bad enough, they have now turned this state-of-the-art facility into a drug store.

A drug store people. We deserve so much better.

In Part 2 – Your courage, your determination, and your optimism inspire me. You want what we all want – a better future for our country. Let’s get Trinidad and Tobago working again. Our great party, the UNC is stronger than ever before, we are united, and we are ready to build for the future. UNC works. 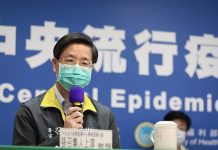