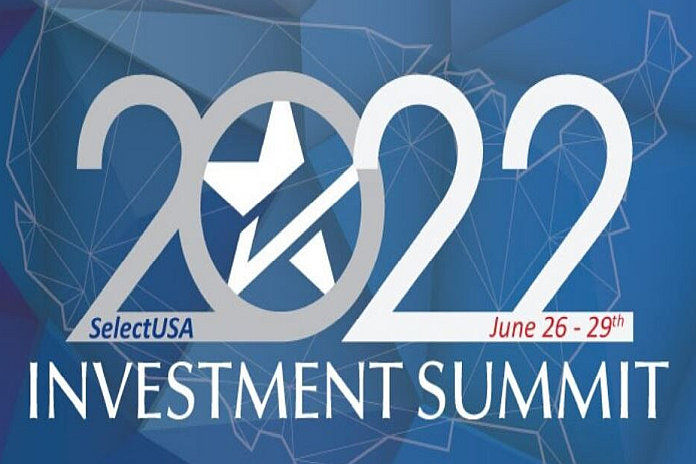 WASHINGTON, USA – At the first-ever SelectUSA Investment Summit in 2013, then-president Obama made it clear that his top priority for the summit – and the SelectUSA Initiative more broadly – was to create good-paying American jobs and strengthen and broaden the middle class.

In his remarks, he told the audience that day: “So you should find out why there’s no substitute for those proud words: “Made in America.” And here’s three more words: “Select the USA.”  When you do, you’ll find some of the world’s best workers, some of the world’s most innovative entrepreneurs. You’ll find a government, and a president who is committed to helping you create more good jobs for the middle class, and helping you succeed well into the 21st century.”

Nine years later, these words still hold true and president Biden has crafted an agenda designed to grow the economy from the bottom up and the middle out.

Trade is a key part of this effort – and can create new opportunities for workers and help sustain a predictable environment for businesses of all sizes to invest in.

For example, in March I attended an event to celebrate the 10th anniversary of the US-Korea Free Trade Agreement.

Over the last ten years, that agreement has strengthened the investment ties between our two countries, and last year, SK Siltron announced a three-year plan to invest $300 million in Bay County, Michigan. That investment will double the number of people they employ in the state.  It will create good-paying jobs and provide manufacturing and R&D capabilities of advanced materials for electric vehicles.

However, while there are many success stories like this, after two years of the COVID-19 pandemic and the illegal, unprovoked war by Russia against Ukraine, it is clear that we face serious vulnerabilities in our global supply chains and need to update the rules that govern global trade and investment.

This is a sentiment that is shared by almost all of my counterparts abroad. [Today], I’d like to update you on our efforts to forge new partnerships and trade arrangements that promote resilience and facilitate sustainable and inclusive economic growth that benefits all of our workers and our planet.

The Biden administration is committed to economic engagement with partners in the Indo-Pacific – one of the most dynamic regions of the world that is also of strategic importance to the United States.
Last month, I joined president Biden in Tokyo to launch the Indo-Pacific Economic Framework for Prosperity, which now includes 13 partners from across the region. A few weeks ago, seeking to build on that momentum, I convened a meeting of the IPEF trade ministers to discuss our trade pillar.

In the trade pillar, we will be working to negotiate commitments in the following areas: labor, environment, digital economy and emerging technology, trade facilitation, agriculture, competition policy, transparency and good regulatory practices, and development and economic cooperation.

In addition to IPEF, we have also launched the US-Taiwan Initiative on 21st Century Trade. Under the auspices of the American Institute in Taiwan and the Taipei Economic Cultural Representative Office, we are developing concrete, meaningful ways to strengthen our trade and investment relationship with Taiwan.

That relationship is rooted in shared values and a joint commitment to promote inclusive economic growth for our workers and our businesses.

Our next steps include developing and agreeing on a roadmap for negotiations so we can reach high-standard commitments and outcomes in key areas.

Beyond the Indo-Pacific region, we have stepped up our engagement in many other areas, most recently at the World Trade Organization.

During the WTO’s 12th Ministerial Conference earlier this month, the United States helped produce breakthroughs on key issues, including:

We are also building on our bilateral engagement with our Transatlantic partners. Last year, we reached an understanding in the Boeing-Airbus dispute and adopted a framework to resolve the Section 232 steel and aluminum trade disputes that removed or avoided more than $20 billion in tariffs – without surrendering our principles and interests.

Lowering those tensions helped us begin negotiations on a global arrangement with the EU. This will be the world’s first sectoral arrangement on steel and aluminum trade to tackle emissions and non-market excess capacity.

We also recently concluded the second ministerial meeting of the US-EU Trade and Technology Council.

All of this is to say our work is just beginning, but we know we can’t do this work alone. Many of the businesses here today represent a critical link connecting the government to the private sector to our ability to foster growth in our economy and in the global economy.

As we continue to develop the initiatives I described [today], as well as roll out on new ones, my team and I will rely on your counsel and knowledge to help ensure that our policies and goals support American workers, businesses and families.

Taiwan’s participation in IPEF is of utmost importance