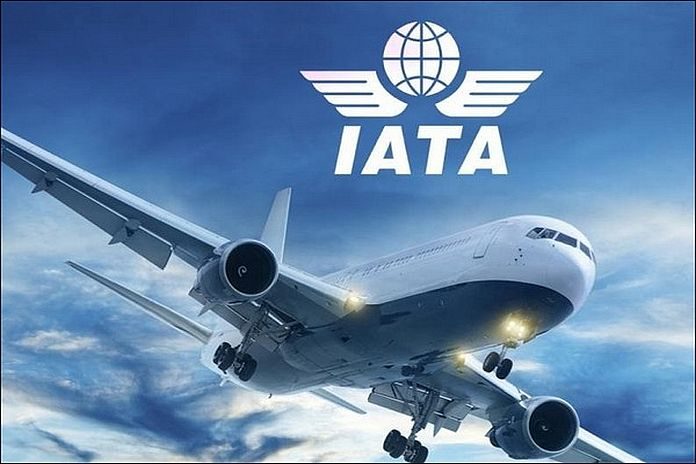 The global Purchasing Managers Index (PMI) does not indicate an uptick. Its tracking of new manufacturing export orders has pointed to falling orders since September 2018. And for the first time since February 2009 all major trading nations reported falling orders.

“Trade tensions are weighing heavily on the entire air cargo industry. Higher tariffs are disrupting not only transpacific supply chains but also worldwide trade lanes. While current tensions might yield short-term political gains, they could lead to long-term negative changes for consumers and the global economy. Trade generates prosperity. It is critical that the US and China work quickly to resolve their differences,” said Alexandre de Juniac, IATA’s director general and chief executive officer (CEO). 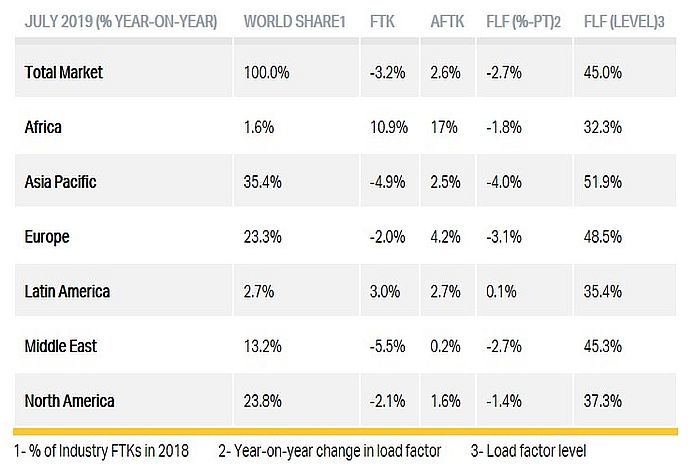 Asia-Pacific airlines saw demand for air freight contract by 4.9 percent in July 2019, compared to the same period in 2018. The US-China trade war and weaker manufacturing conditions for exporters in the region have significantly impacted the market. With the region accounting for more than 35 percent of total FTKs, this performance is the major contributor to the weak industry-wide outcome. Air freight capacity increased by 2.5 percent over the past year.

North American airlines saw demand decrease by 2.1 percent in July 2019, compared to the same period a year earlier. Capacity increased by 1.6 percent over the past year. Despite a sound economic backdrop supporting consumer spending, the US-China trade tensions continue to weigh on the region’s carriers. Freight demand between Asia and North America have fallen by almost five percent in year-on-year terms.

Middle Eastern airlines’ freight volumes decreased 5.5 percent in July 2019 compared to the year-ago period. This was the sharpest drop in freight demand of any region. Capacity increased by 0.2 percent. Escalating trade tensions, the slowing in global trade and airline restructuring have impacted the recent performance.

Latin American airlines experienced an increase in freight demand growth in July 2019 of 3.0 percent compared to the same period last year and capacity increased by 2.7 percent. The recovery of the Brazilian economy, to avoid a recession, was a positive development; however, concerns regarding the outlook for some key Latin American countries including Argentina remain.

African carriers posted the fastest growth of any region in July 2019, with an increase in demand of 10.9 percent compared to the same period a year earlier. This continues the upwards trend in FTKs that has been evident since mid-2018 and makes Africa the strongest performer for the sixth consecutive month. Capacity grew 17 percent year-on-year. Strong trade and investment linkages with Asia have underpinned a double-digit increase in air freight volumes between the two regions over the past year. 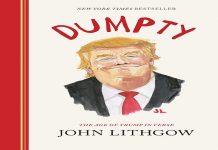