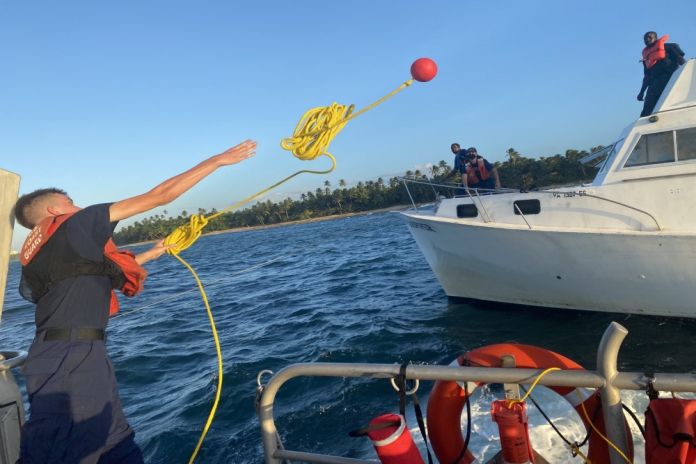 Rescued are Grenadian national Joseph Adrian, 36, and Bahamian national Christopher Knowles, 35, who reportedly purchased the Sand Piper in Florida and were taking the vessel to Grenada, where it was to be registered. 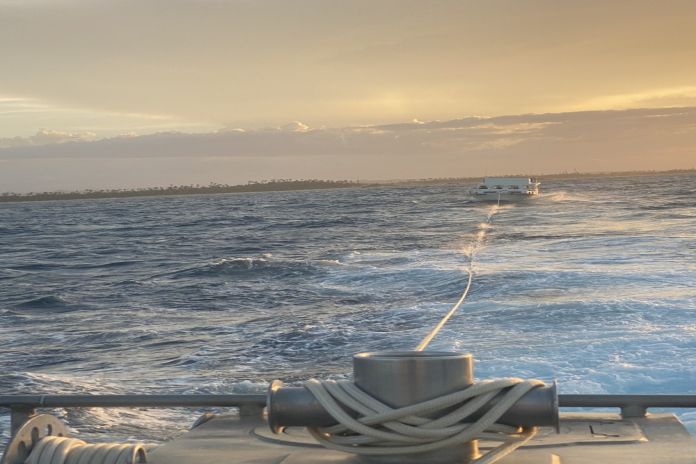 Coast Guard watchstanders in Sector San Juan received a request for assistance from the operator of the Sand Piper, via Rescue 21 VHF Channel 16 communications, who reported the vessel disabled, approximately 15 nautical miles north of Vega Baja. The operator further relayed they were adrift after the vessel’s anchor line snapped. Watchstanders directed the launch of Boat Station San Juan’s 45-Boat Medium to respond and aide the boaters in distress.

“We quickly arrived at the disabled vessel about 100 yards from shoal water,” said Petty Officer 2nd Class Jesse Wilde, Boat Station San Juan coxswain for the case. “The crew reverted to the way we train and flawlessly rigged the deck for the towing evolution and passed the towline. About four hours later we were moored safely inside San Juan Harbor. This could have been a much more dangerous situation had the vessel drifted further into the shoal water.”

The Boat Station San Juan boat crew towed the Sand Piper to the San Juan Marina, where the rescued boaters were received by Customs and Border Protection officers and granted administrative parole to conduct vessel repairs.