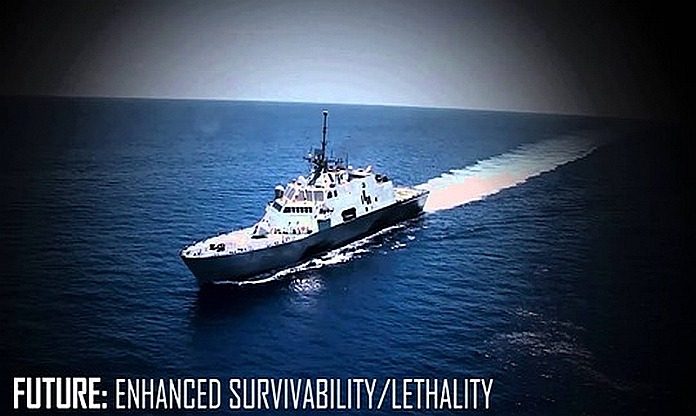 The future USS Indianapolis, designated LCS 17, honors Indiana’s state capital and largest city. It will be the fourth ship to bear the name.

Lisa W. Hershman will deliver the commissioning ceremony’s principal address. Jill Donnelly, wife of former US Senator Joe Donnelly of Indiana, is the ship’s sponsor. The ceremony will be highlighted by a time-honored Navy tradition when Donnelly gives the first order to “man our ship and bring her to life.”

“This Freedom-variant littoral combat ship will continue the proud legacy created by ships previously bearing the name Indianapolis,” said Secretary of the Navy Richard V. Spencer. “The crew will carry on the tradition of service to confront the many challenges of today’s complex world. To the men and women who will ring in the first watch, you carry with you the fighting spirit of incredible bravery and sense of duty that is inherently recognized with the name Indianapolis.”

The most recent Indianapolis was a Los Angeles-class fast-attack submarine, commissioned January 5, 1980, which served through the end of the Cold War before being decommissioned in 1998. The first Indianapolis was a steamer built for the US Shipping Board (USSB) and commissioned directly into the Navy in 1918. After two runs to Europe, the ship was returned to the USSB following the war. It is the second Indianapolis (CA 35) – a Portland-class heavy cruiser – that is perhaps the best known of the three.

Commissioned in 1931, its service ended when the ship was sunk by a Japanese torpedo minutes after midnight July 30, 1945. Only 317 of the 1,196 sailors serving aboard the ship survived after five days afloat in the Pacific. But it was the ship’s impressive war record that first brought it to the attention of Navy leaders and the American public.

The ship saw action in the Aleutians, the Gilbert Islands, Saipan, the Battle of the Philippine Sea, Iwo Jima and Okinawa. In addition to frequently serving as the flagship of the US Fifth Fleet, the ship earned ten battle stars for World War II service and successfully completed a top-secret mission delivering components of the nuclear bomb to Tinian that brought the war to a close.

The future USS Indianapolis, a Freedom-variant littoral combat ship (LCS) is a fast, agile, focused-mission platform designed for operation in near-shore environments, as well as open-ocean operation. It is designed to defeat asymmetric “anti-access” threats such as mines, quiet diesel submarines and fast surface craft.