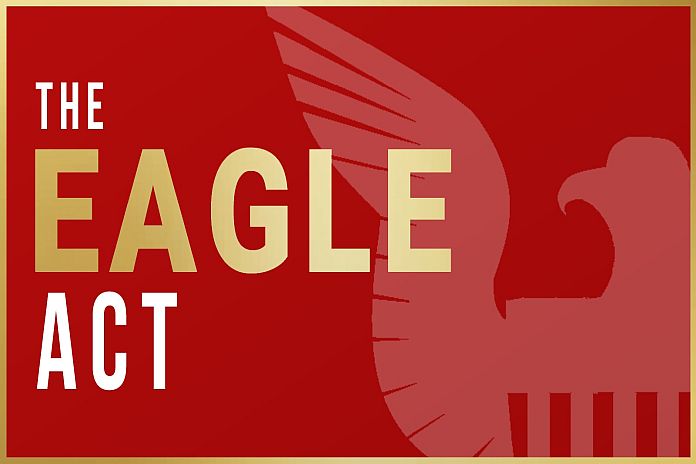 TORONTO, Canada – The passage of H.R. 3524, the Ensuring American Global Leadership and Engagement (EAGLE) Act, out of committee, last Thursday, July 15, strengthening diplomatic, security, education and economic ties with Taiwan is indicative of policy and leadership in the international sphere towards a permanent partnership in US –Taiwan relationship incorporates – the Taiwan Diplomatic Review Act, Taiwan Peace and Stability Act, and the Taiwan International Solidarity Act.

Section 202, United States commitment and support for allies and partnerships in the indo-pacific, reads: “(3) The United States greatly values other partnerships in the Indo-Pacific region, including with India, Singapore, Indonesia, Taiwan, New Zealand, and Vietnam as well as its trilateral and quadrilateral dialogues, and regional architecture such as the Association of Southeast Asian Nations (ASEAN), and the Asia-Pacific Economic Community (APEC), which are essential to further shared interests.”

The EAGLE Act continues with 112 references of Taiwan, inclusive of “(3) to strengthen and deepen the United States bilateral and regional partnerships, including with India, Taiwan, ASEAN, and New Zealand; and (5) to strengthen and advance diplomatic, economic, and security cooperation with regional partners, such as Taiwan, Vietnam, Malaysia, Singapore, Indonesia, and India.”

Section 209, Taiwan Fellowship program, states: “(A) The Taiwan Relations Act (Public Law 96–8; 22 U.S.C. 3301 et seq.) affirmed United States policy “to preserve and promote extensive, close, and friendly commercial, cultural, and other relations between the people of the United States and the people on Taiwan, as well as the people on the China mainland and all other peoples of the Western Pacific area”.

Representative Gregory W. Meeks, chairman of the House Foreign Affairs Committee, in a statement following the passage of The EAGLE Act, reads:

“The EAGLE Act that passed out of committee [today] is comprehensive legislation which addresses the challenges posed by China, not only to the United States, but to the international rules-based system and global economy. As its title states, this bill ensures that America will once again lead on the world stage, strengthening our alliances, and expanding our diplomatic and economic footprint across the world to out-compete China.

“Leadership guided by American values is central to the EAGLE Act, including the most robust provisions to date for responding to the PRC’s genocide of Uyghurs, and bolstering our diplomatic, security and economic ties with Taiwan. It provides temporary protected status and asylum to Hong Kongers, who have seen their autonomy destroyed by the Chinese government. The EAGLE Act ensures that we do not get left behind economically in the green energy space, addressing the climate crisis by marshaling multilateral pressure to hold China, the largest emitter of greenhouse gasses, accountable, and provide alternatives to the Belt and Road Initiative.

“While we were not able to reach a bipartisan compromise on the bill, there were several bipartisan measures included, and we incorporated many Republican amendments into the final package. I look forward to working with leadership toward swift action and seeing this important bill signed into law.”

As with previous responsible legislation, US – Taiwan cooperation is moving aggressively at an opportune moment, renewing US leadership in East Asia, while protecting US – Taiwan long-term interests.

The EAGLE Act, passed by the House Foreign Affairs Committee with a vote of 26-22, “to revitalize and reassert United States leadership, investment, and engagement in the Indo-Pacific region and globally,” is expected to be tabled for passage in the House of Representatives and the Senate, and signed into law by US president Joe Biden.

Meanwhile, it is important to continue the forward-looking US –Taiwan partnerships, structural and policy factors, shaping future markets and the next generation.

Further reading on US – Taiwan is available here.