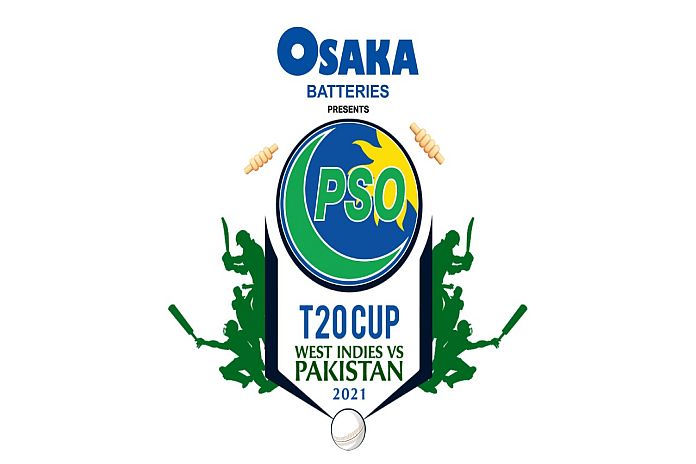 BRIDGETOWN, Barbados – Cricket West Indies (CWI) and the Pakistan Cricket Board (PCB) on Sunday, announced a revised match schedule for the upcoming “Osaka Presents PSO Carient T20 Cup” between the West Indies and Pakistan in the Caribbean.

A four-match T20 International (T20I) series, has been agreed, scheduled to start on Wednesday, July 28 at Kensington Oval, Barbados. The first ball is 10 am (9 am Jamaica Time) for the first match, with the final three to be played at the Guyana National Stadium on Saturday, July 31; Sunday, August 1 and Tuesday, August 3 at 11 am (10 am Jamaica Time).

The adjustment to the Osaka Presents PSO Carient T20 Cup schedule was necessary due to the changes to the fixtures for the ongoing CG Insurance One-Day International (ODI) Series between West Indies and Australia, which are part of the International Cricket Council’s ODI Super League, which concludes on Monday, July 26.

Ricky Skerritt, CWI President said: “Together with the PCB, CWI have examined various scenarios, and we jointly agreed that the best solution in the present circumstances is to cancel the first T20I and play a four-match T20I series starting on Wednesday and keep the rest of the tour schedule unchanged. We want to express our gratitude to the PCB Chairman, Ehsan Mani and CEO, Wasim Khan and the Pakistan team for their understanding in this situation and for agreeing to the revised match schedule. Both teams are in the final stages of preparing for the ICC T20 World Cup, so we anticipate an exciting and entertaining series of games as both teams compete for Osaka Presents PSO Carient T20 Cup.”

West Indies, the two-time World Champions (2012 and 2016), are using this series as part of their build-up to the next ICC T20 World Cup which will be played from October 17 to November 14 in the United Arab Emirates and Oman. They enter the series on the back of a 4-1 triumph over Australia in the recent CG Insurance T20Is at the Daren Sammy Cricket Ground in Saint Lucia. Pakistan won the ICC T20 World Cup in 2009.

Following the Osaka Presents PSO Carient T20 Cup, West Indies and Pakistan will then play two Betway Test matches at Sabina Park in Jamaica from August 12-16 and then from August 20-24. This is the first Test Series for the West Indies in the new 2021-2023 ICC World Test Championship.

CARICOM – ABCEU and OAS on elections developments in Guyana