We the Garifuna people are among the 400 million people on this earth who speak one of the 6,000 indigenous languages that exist. Most of us are struggling to preserve our languages that we have been speaking for centuries before the Europeans came to our lands and established their colonial rule. They then passed decrees and laws forbidding us from speaking our native language and practicing our culture.

This is what the French and the British did to us in our native land “Yurumein” now known as St Vincent and the Grenadines up until the war ended in 1796. About 5,000 of our people were removed from our mainland island and taken to one of our other island Balliceaux, where we were tortured and imprisoned. In 1797 about 2,500 of our people who survived the torturing, inhumane treatment and conditions they endured at Balliceaux, were packed up like cargoes and taken to the island of Roatan in the country of Honduras where they arrived on April 12, 1797.

At the time our people arrived in Roatan, our language was already mixed with French. Now that we were brought to Roatan, our language is now influenced by the British and the Spanish. Both the British and the Spanish did not want us to intermingle with the other ethnic groups in their colonies so they isolated us from them. The British hated us because of the fight we put up against them, to protect our land and to avoid being their slaves. They also did not want to run the risk of our people assisting the slaves in Belize and Nicaragua to rebel for their freedom. In most of Honduras and the other countries were the native Indians who the Spanish colonized their territories, tortured and slaughtered.

Like the French and the British, the Spanish established their language as the official language for all their colonies. The Indians fought to retain their land and preserve their language and culture by running away from them. Yet, the Spanish pursued them and killed all those who resisted their rule. When the French, British, Spanish, and the other European colonial countries made their languages the official languages for their colonies, they did this with the intent to eradicate all the other languages that were spoken in their occupied territories. Why? Because they know that the language of an ethnic group is the essence of their culture.

Once the native languages are removed by them, they will be in a better position to control and subjugate the people. We the Garifuna people because of our isolation from the other ethnic groups in these countries, were able to speak and maintain our language. As time went by, these countries decided to set up an educational system where everybody must go to school and learn their languages. In schools located in Honduras, Nicaragua, and Guatemala all the various ethnic groups were learning how to read, write and speak Spanish and in Belize and parts of Nicaragua, English. They introduced new languages to the Garifuna people in these territories for their economic, political, and social survival. As a result of this, Garifuna people focused on learning how to speak, write, and read these languages while neglecting their own Garifuna language.

Most Garifuna people cannot write or read the words in their native language because there were no native schools in most of their communities that taught them how to read and write Garifuna. Under international law, it is the responsibility of all governments to facilitate, accommodate, and assist the indigenous people like the Garifuna to preserve their language. Most countries have signed on to these international agreements like St Vincent and the Grenadines, Honduras, Nicaragua, Guatemala, Belize, and the United States. Yet, they have no program in place for the Garifuna language and other ethnic languages.

In order for we the Garifuna people to learn how to speak, write, read and analyze our Garifuna language in the countries where we live, we must do the following things;

This organization should be under the jurisdiction of the Garifuna Nation and it is a necessary body to preserve the language, introduce new words, deal with all aspects of the language, and gain worldwide recognition.

Once we establish the IGLI, the members of this organization will be able to do a thorough evaluation of the current state of our language and make recommendations on how to improve, preserve, and protect it. In my research, the late Vilma Roches-Joseph, a Garifuna scholar who did extensive research on our language, said that most of our people do not want to speak our language because of shame and low self-esteem.

I also think that we should include reasons our native language was not spoken to us in our homes as experienced; acculturation with other ethnic groups; peer pressure in the communities where some of us live, nobody to speak the language with regularly; resentment from other Garifuna people like ourselves who know how to speak the language; while some of us do not understand the benefits of our historic language.

We know the obstacles faced with our history, culture, and language; now is the time for us to come together and correct the injustice. 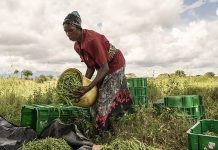