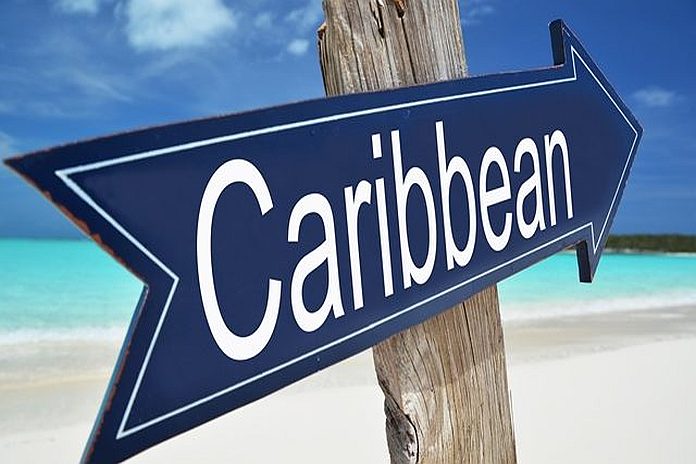 TORONTO, Canada – While measures are taken to contain the COVID-19 pandemic are hoping for a quick recovery and return to normal, in tourism-dependent economies, there is no such indication globally. Certainly, a change is product delivery is expected, business model, and consumer confidence, in the era of physical distancing. However, playing Russian roulette with  ‘onclave’ activities that are potentially very dangerous, amid COVID-19 is suicidal.

The attempted return-to-travel, behavior, and anticipated remodeling in the vernacular of creating a protocol of allowing the tourist to come back to Saint Lucia, prime minister Allen Chastanet attempt to formulate … “creating the hotel as an ‘onclave’ (enclave) industry and allow our workers to live at the hotel for a period of time until we gain confidence in the protocols we’re establishing so that if in fact, you do have a break-out now you’ve been able to isolate it; so these persons are not going back to their homes on a daily basis. That’s the point of creating an ‘onclave’ …”

At the onset, the premise of an  ‘onclave’ is equivalent to playing Russian Roulette with people’s lives.

Facts and data show that some airlines have ceased operations, while others have temporarily cancelled all flights. Airlines are going through a liquidity crisis: according to The International Air Transport Association (IATA), the typical airline had no more than two months’ worth of cash at the beginning of 2020. IATA says global air travel could lose more than US$252 billion (€228 billion) in 2020, and two million passenger flights have been cancelled until June 30.

“Passenger confidence will suffer a double whammy even after the pandemic is contained—hit by personal economic concerns in the face of a looming recession on top of lingering concerns about the safety of travel. Governments and industry must be quick and coordinated with confidence-boosting measures,” said Alexandre de Juniac, IATA’s director general and chief executive officer.

An IATA-commissioned survey of recent travelers found that: 60 percent anticipate a return to travel within one to two months of containment of the COVID-19 pandemic but 40 percent indicate that they could wait six months or more, and 69 percent indicated that they could delay a return to travel until their personal financial situation stabilizes.

IATA, projected that the pandemic would see airline passenger revenues drop by US$314 billion in 2020, a 55 percent decline compared to 2019. Additionally, the impact of reduced economic activity in second quarter is expected to result in a 8.0 percent fall in passenger demand in the third quarter.

STR provides premium data benchmarking, analytics, and marketplace insights for global hospitality sectors. Founded in 1985, STR maintains a presence in 15 countries with a corporate North American headquarters in Hendersonville, Tennessee, an international headquarters in London, and an Asia Pacific headquarters in Singapore.

Showing further COVID-19 impact, the Canadian hotel industry recorded steep year-over-year declines in the three key performance metrics during the week of 12-18 April 2020, according to data from STR.

In comparison with the week of 14-20 April 2019, the industry reported the following:

Among the provinces and territories, Quebec experienced the largest drop in occupancy (-90.0 to 6.2 percent), which resulted in the steepest decrease in RevPAR (-92.9 percent to CAD6.47).

Reflecting on the continued impact of the COVID-19 pandemic, the US hotel industry reported significant year-over-year declines in the three key performance metrics during the week of 12-18 April 2020, according to data from STR.

In comparison with the week of 14-20 April 2019, the industry recorded the following:

“Absolute occupancy and ADR were actually up slightly from the previous week, but it is important to state that this is not any type of early-recovery sign,” said Jan Freitag, STR’s senior VP of lodging insights. “Rather, more demand can be attributed to frontline workers. A perfect example, the most notable occupancy level (33.3 percent) came in the New York City market, which has welcomed an influx of workers from the medical community.”

Among those Top 25 Markets, Oahu Island, Hawaii, experienced the largest drop in occupancy (-90.4 percent) and the only single-digit absolute occupancy level (8.0 percent). The decline in occupancy resulted in the steepest decrease in RevPAR (-94.0 percent to US$11.39).

Tourism is the mainstay of the economy of the Caribbean and will face major challenges for the foreseeable future. Formulating strategies and support implemented will recapture market share to bring tourism revenues back. However, decision and policy-making requires due diligence, and through understanding, while focusing on the needs of the population.

The construct of an ‘onclave’ to Saint Lucia’s tourism industry amounts to playing Russian Roulette that will endanger lives.

Michter’s to release its 10 year Bourbon