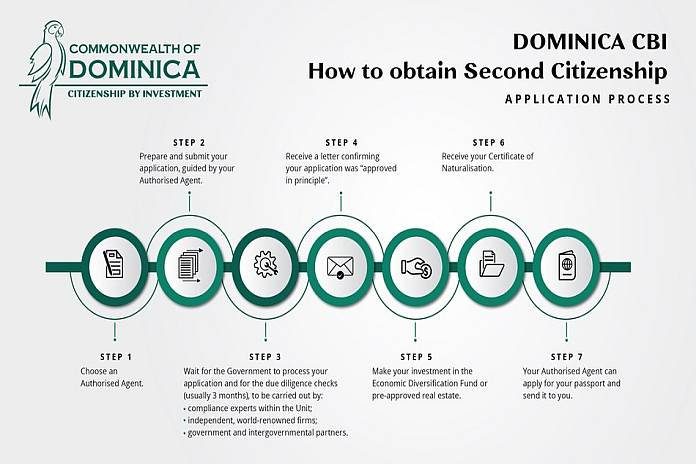 LONDON, England – Experts from the leading multinational firm PricewaterhouseCoopers (PwC) recently visited the Caribbean island of Dominica to assess how its Citizenship by Investment (CBI) programme has contributed to the country’s national development.

PwC learnt that around EC$582.6 million (≈US$215 million) was distributed from the CBI programme to boost economic growth in the last two years alone. Education was one of the sectors that benefitted greatly from the programme’s funds.

CBI has been a lifeline for Dominica, a sentiment that prime minister Roosevelt Skerrit expresses frequently. “ The small Caribbean island’s remarkable recovery after hurricane Maria in 2017 would not have been possible” and that  “had it not been for the CBI programme, which demonstrated its resilience because,  […] within 90 days after the hurricane, we were back in business in respect to the CBI programme,” he said.

Following 2017 destructive hurricane Maria, CBI became a vital tool for Dominica’s speedy recovery and road to becoming “the world’s first climate resilient nation.” The government redirected CBI funds towards rehabilitating 15 damaged schools. During a recent interview on Dominica’s Broadcasting Service (DBS), prime minister Roosevelt Skerrit also revealed that around $26 million from the CBI programme had been used to support young Dominican citizens studying overseas in countries like Canada, the UK or the USA.

Prime minister Skerrit told the Financial Times (FT) about several projects that came to fruition on the island thanks to the CBI programme, including waiving tuition fees, subsidising textbooks and school uniforms for Dominican students.

The PwC report concludes that CBI has had an overall major impact on Dominica in a number of ways, including boosting its economy: “Expenditure under the CBIP [Citizenship by Investment Programme] over the period studied has had an indirect impact on Dominica’s economy, which we estimate could increase GDP by around EC$150 million and tax receipts by around EC$30 million.” Moreover, the authors mention that “CBIP expenditure should have had a significant long-term impact on the economic potential of the island.”

Dominica has been operating its economic citizenship programme for over two decades. Once due diligence checks are passed, applicants can either make a one-time contribution to the government’s Economic Diversification Fund (EDF) or buy into selected luxury resorts and hotels. The EDF remains a popular option amongst single applicants due to its affordability, while larger families also looking for a return on their investment have CBI-approved resorts to choose from.

As the country with one of the world’s oldest CBI programmes, Dominica positions itself in the lead. For three consecutive years, FT Specialist’s CBI Index recognised it as offering the world’s best economic citizenship programme, citing affordability, efficiency and integrity as some of the key differentials that can make reputable investors seeking second citizenship choose Dominica.