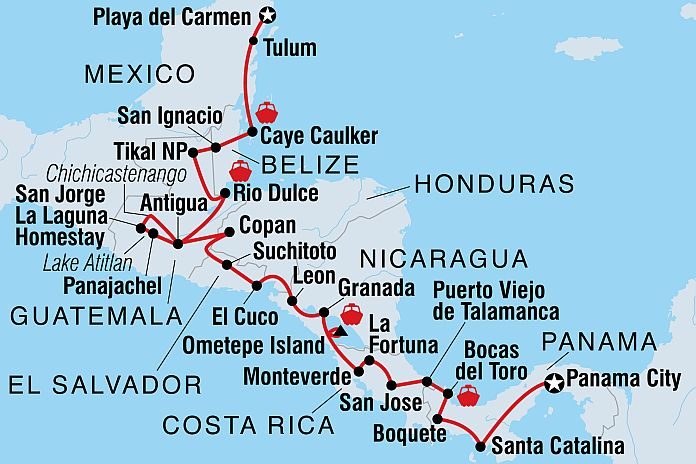 GUATEMALA CITY (CentralAmericaData) – Entrepreneurs in Central America agree that because of the coronavirus (COVID-19) effects on China, global supply chains have been disrupted and commodity prices have fallen.

An analysis by the Guatemalan exporters’ union states that among the risks identified as a result of the outbreak of the coronavirus that emerged in the city of Wuhan, is the possible irruption to the supply chains of Guatemalan industries, by identifying that China has become one of the three main countries of origin of Guatemalan imports.

According to CentralAmericaData estimates, between January and September 2018 and the same period in 2019 the value of imported vehicle parts and spare parts in Guatemala registered a slight increase of 0.55 percent, rising from $238 million to $240 million.

China is the country of origin of Guatemalan imports that has grown the most for the months in question over the last seven years, since in 2012 it represented nine percent of the total value purchased, and in 2019 it rose to 21 percent.

The Agexport report states that “… among the main imports from China are the following products:

If there is an irruption in the supply chains, it could come from one of these products, although it is still an uncertain situation and depends on the times of dispatch and delivery agreed, which usually have months in advance, details the document.

The Agexport analysis concludes that “… the long periods of advance for supplies allow companies to re-evaluate their stocks with a prudent time to avoid stoppages in their production chains, although everything depends on the development of the virus in China and the capacity of the authorities to control and neutralize it.”

Panama is another country that was affected by the spread of the disease, as shipments of Panamanian beef that arrived in Wuhan in early February could not be delivered, because of the health alert in place.

Meanwhile, local authorities declared a state of phytosanitary emergency because of the detection of Huanglongbing, a disease that attacks citrus plantations in El Salvador.

The Ministry of Agriculture and Livestock (MAG) reported that the disease specifically attacks lemons, oranges, tangerines, grapefruits, and limes, in addition to the ornamental plant Murraya paniculata, commonly known as myrtle or jasmine.

“ This pest is native to East Asia; as is the insect vector, Diaphorina citri kuw. HLB has no cure and symptoms are reflected in the diseased plant 6-12 months after infection; it will die within a range of 2- 6 years, depending on age and nutritional status.

“The damage it causes include:

“It should be noted that the disease only affects plantations, it does not put human or animal health at risk. Besides, fruits do not represent a risk of contagion, the only ways of transmission are by the vector, through grafting of infected buds and/or transport of sick plants,” a statement from MAG said.

Meantime, in the first nine months of 2019, Central American companies recorded $1.87 billion in banana exports, and sales to Italy grew nine percent over the same period in 2018.

From January to September 2019, the main exporters (Costa Rica and Guatemala) of fresh or dry bananas in Central America with Costa Rica recording $742 million, followed by Guatemala with $715 million, Honduras with $339 million, Panama with $101 million, Nicaragua with $18 million and El Salvador with $200,000.

Notable, between the first nine months of 2018 and the same period in 2019, the value of banana exports recorded a decrease of three percent from Ch$1,929 million to Ch$1,870 million.

In the case of exports made by the region to Italy grew for the periods in question, from $63 million to $69 million.

The Netherlands is the destination market for Central American exports that has grown the most in the first nine months of the last eight years since in 2012 they represented less than 0.5 percent of sales and last year that proportion rose to ten percent.

How to rebuild global economy and trade after COVID-19, UNCTAD chief