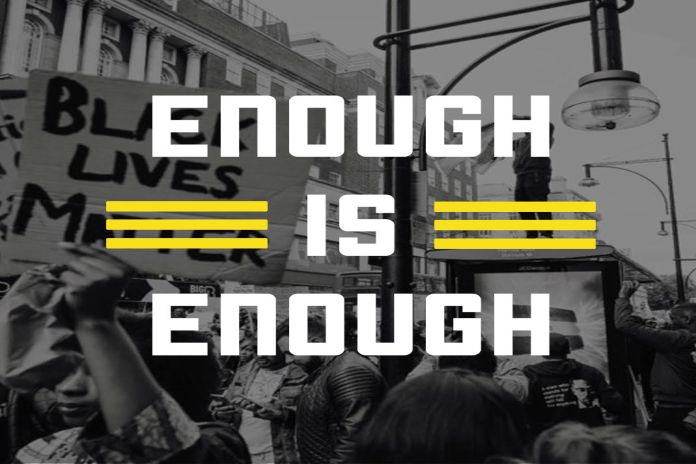 On July 12, 2020, the Saint Lucian people were somewhat glued to their television and radio, awaiting a national address by the prime minister of Saint Lucia, Allen Chastanet. Many were eagerly expecting that finally, some help was on the way from funds provided by the World Bank and the International Monetary Fund (IMF). Many thought that the prime minister would consider  measures to help the very poor in our community, hard hit by COVID-19, individuals that are simply desperate in every way possible and need some help one way or the other.

These expectations turned out to be fluff and bluff leaving discoveries of coronavirus: ‘the hammer and the dance, what the next 18 months can look like if leaders buy us time’.

Caribbean News Global (CNG) was sound and expeditious in their assessment of the prime ministers’ nonchalance pointed out, “Saint Lucia’s prime minister economic recovery and resilience plan [was] a revised hoax”.

The author emphatically described that “The colonial and Machiavellian concepts the prime minister permeates meets perennial mythology, this time, with the help of youthful exuberance – a physiology strategy to hoodwink the unsuspecting to magical turn back the biological clock for anyone who bathes in it, is absolutely astonishing mind-bending science”.

These judicious words virtually were the hammer that hit the nail on the head in a powerful manner. The writings were not too far from what I have said previously, while some have stopped listening to the prime ministers broadcast others have lost faith and trust in his repetitive declarations of triviality.

In earnest, I did not listen to the prime ministers’ so-called national address, until I read CNG’s article in the early hours of Monday morning [01:15 am EST]. I giggled and remarked to myself – what did Saint Lucians expect of a prime minister consistent with that of a “pathological liar”, with an “ostensibly immature mind that continues to deteriorate with age”. Moreover,  his politics and ‘governance’ is increasingly that of childlike grandiose illusions.

I hasten to add a quote from John Kenneth Galbraith: “You cannot know the intention of a government that doesn’t know them itself”. Galbraith quote collaborates the Chastanet-led government insensitivity and the colonial scheme that Orwell wrote: “a person of bourgeois origin goes through life with some expectation of getting what he wants, within reasonable limits.”

Only foolish optimist can deny the dark realities of the moment. At this junction, we cannot wait any longer to show dissent to a lawless prime minister. Despite being a leader of a small country, prime minister Chastanet can be placed in the same league of malapropism of the US and Brazil presidents failure to realize that when the natural cause of means fail, a medical and/ or economic revolt is plausible beyond the reserve of law and order, more detrimental to the poor and disadvantaged in our midst.

Many have now concluded that the so-called ‘State of Emergency’ continues as a means of suppression in anticipation of agitation of a Chastanet-led government heading into the abyss. And so, we must never forget that he had the affront to tell us in a broadcast that “colonialism had a conscience”. And his disregard to sound advice with considerable benefits to the people and country.

Many of us are aware of what the Chastanet-led government did when they first came into power. With the help of his Cabinet, he stopped and executed social and infrastructural programs beneficial to the people of Saint Lucia.

The National Printing Corporation, although not mentioned, is set to transfer, if not gifted into private hands. But really, who does that, which amounts to shoplifting, when it is plausible to reinvent these institutions and reverse their decline. It`s about the know-how, right?

I am in total agreement with educated minds and civil society stepping forward together. Reasonable arguments put forward by the leader of the opposition, Philip J Pierre and others of substance have introduced balance ideas. Yet, there is a continued hyperbole of homilies, superimposed with platitudes from a contemptuous prime minister.

More than ever, now is primarily the time to speak the truth, the whole truth, frankly and boldly. Saint Lucia needs the leadership of frankness and vigour, honesty and the sacredness of obligation and performance. We need a prime minister from within, regardless of colour, race, or creed, rich or poor capable to lead us to the promise land.

Compared to the perils our forefathers faced that of colonization which did not have a conscience then, and now revisited in the person of the prime minister Chastanet, who supposes in the colonial fabric of Sir Walter Rodney, a famous slave owner who throughout-out the years existed and honoured not knowing the truth.

Fortunately, we have a pious, humble and humane personality in Pierre to lead us. He will work for all Saint Lucians whether rich or poor, black or white, educated or non educated all the people because he is above all a nationalist.

The Chastanet-led government must admit their failures and abdicate office in the wake of incompetence and ill-advised decisions. Enough is Enough – prime minister Chastanet must go – #Chastanetmustgo – hoodwinked by his colonial thinking and performance. And for the love of colonized constitution of command and control – the ‘State of Emergency’ is a recipe towards a dictatorship which we will not tolerate.

Lies in the OAS contest: Sifting the wheat from the chaff