TORONTO, Canada – The government of Saint Lucia revocation of Cabinet conclusion No. 855, July 6, 2020, “that all appointments, including temporary appointments, acting appointments and promotions, are suspended for a period of one year, effective July 1, 2020; and that the restructuring of all government agencies be placed on hold,” follows a pattern of bad governance, the introduction of bad law, consist with a government of ineptitude, mired in controversy.

The above action follows the Saint Lucia government to rescind – Tuesday, June 2, legislated in the dead of night — the approve draft Value Added Tax (Rate of Tax — Goods and services provided by hotels and other providers in the tourism sector) Order and Value Added Tax (Amendment of Schedule 2) Order — The Saint Lucia Tourism Authority (Amendment) Act and The Tourism Levy Act.

Cabinet secretary Benjamin Emmanuel deemed Cabinet conclusion No. 855 ‘confidential’ however, leaked to social media. Emmanuel described the action as an “erosion of the integrity and professionalism of the public service.”

Other government propagandists and political neophytes pursued to pacify the revocation using terms ‘misunderstanding’ and ‘misconception’ of the intent, citing precedent dating back to October 2014 aimed at ‘reducing government recurring expenditure’.

The irony of this points to the unanswered question: Is Saint Lucia in the hands of the IMF? 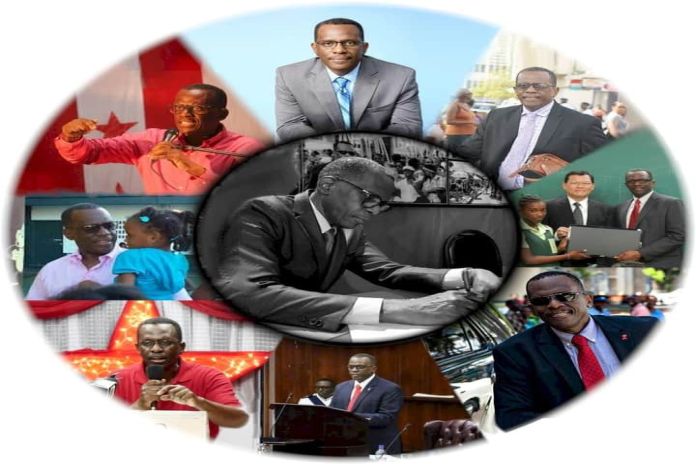 “Cabinet conclusion No. 855 effectively gave the Cabinet of ministers the power to make appointments in the public service contrary to section 86 of the Constitution of Saint Lucia, under which the Public Service Commission is the body authorised to make such appointments. As a consequence, the Civil Service Association (CSA) had called for the review and rescinding of the Cabinet decision.”

Opposition leader Pierre previously demanded the discarding of the Cabinet conclusion, in a statement to the press July 31, 2020:

“The decision is illegal and given this government’s history of vindictiveness and untrustworthiness, is dangerous,” concluded, “since this United Workers Party (UWP) government continues to break laws, rules and conventions rules it is incumbent on all the citizenry to be vigilant. Democracy thrives when the people are watchful of their government and that is why the CSA’s actions in this matter deserve commendation.”

According to the SLP statement, Cabinet conclusion No. 855: “Should never have been issued,” and “remains committed to holding this government accountable for its transgressions.”

In principle, there are more Cabinet conclusions and amended laws that require rescinding, by the government and/or will be mandated to a new government.

Cabinet conclusion No. 855 and; Order — The Saint Lucia Tourism Authority (Amendment) Act and The Tourism Levy Act  – currently rescinded – is in tune with attempts of a privatize colonial master (the current government of Saint Lucia) that is averse to credible advice and good governance, and more verse with the convenience and acquiescence that advantage “ colonialism had a conscience,” as hypothesised by prime minister, Allen Chastanet.