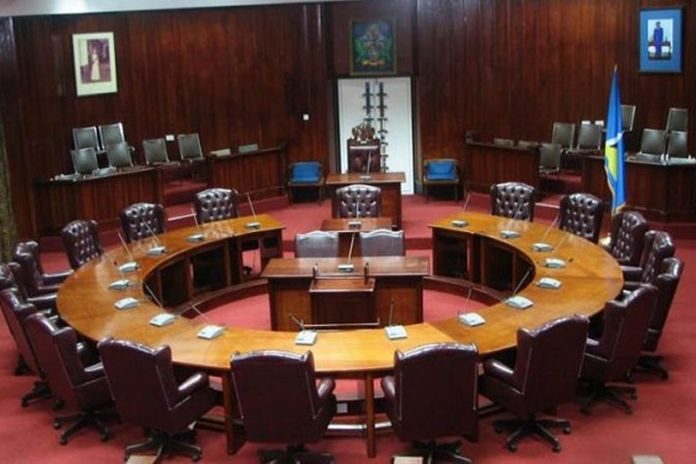 TORONTO, Canada —  The parliament of Saint Lucia, last Tuesday, June 2, legislated in the dead of night —  the approve draft Value Added Tax (Rate of Tax — Goods and services provided by hotels and other providers in the tourism sector) Order and Value Added Tax (Amendment of Schedule 2) Order — The Saint Lucia Tourism Authority (Amendment) Act and The Tourism Levy Act.

The ensuing morning there was much pushback from the opposition Saint Lucia Labour Party (SLP), the government of Saint Lucia chief prognosticator, coupled with citizens’ outcry throughout the day on radio, news, and talk shows — the government eventually rescinded the flawed legislation in less than 24 hours.

“The above [ legislation ] was approved by the lower house of parliament on Tuesday, however, it was removed from the order paper for the upper house for the Senate sitting today, Thursday, June 4, 2020. Upon further review, the government has determined that some sections of the legislation may give rise to misinterpretation. The government is not insensitive to the legitimate concerns that have been expressed in that regard.”

A previous article by Caribbean News Global (CNG) based on empirical evidence inquired: Is Saint Lucia in the hands of the IMF? The interpretation is such that the 2020/2021 estimates of expenditure and revenue – is void of any economic underpinning and is essentially masked. Without the support of the IMF, the government of Saint Lucia is bankrupt.  The 2020/2021 estimates of expenditure and revenue portray a “disturbing and conflicting” scheme that underscores the need for corrective policy.

“While the overall external position is assessed to be broadly consistent with the level implied by fundamentals and desirable policies, Saint Lucia still has considerable competitiveness challenges, particularly in its non-tourism sector, that need to be addressed. Fiscal policies should be geared toward rebuilding policy space and ensuring public debt converges to the regional target of 60 percent of GDP by 2030.”

The IMF release continued: “Without policy adjustments, debt vulnerabilities are elevated, and public debt does not stabilize over the near term.

“The government’s near-term focus should be on revenue-enhancing measures and investments that build resilience to climate-related shocks. In addition to limiting current spending growth (particularly the public wage bill), additional revenues should be mobilized from the proposed hotel accommodation fee, the introduction of a carbon tax, and reducing the scope of VAT exemptions. Since some of these measures will likely be regressive, they should be introduced in parallel with targeted transfers that offset the impact on poor and vulnerable households. The National Health Insurance system should also be introduced in a fiscally responsible manner.

“Concerted efforts are also needed to mobilize donor grants to fund investments in climate resilience. If there is over-performance of the CIP, or of other revenue sources, it should be directed toward financing a self-insurance fund to bolster the economy’s resilience against natural disasters.”

“These Bills are intended to help small tourism-related businesses and are too important to be misunderstood. This legislation is intended to complement the government’s village tourism plans, the marketing of brand Saint Lucia and other destination enhancement programmes which further incorporate and provide benefits to small and medium-sized tourism and hospitality businesses. As a result, the decision at this time is to have further review resulting in a more well-defined outcome.

“Our country’s small and vulnerable tourism businesses are a very important sector and it is therefore equally important to the government of Saint Lucia and partners that the legislation meets its objectives and is a true representation and reflection of the government’s policy intentions,” the government statement concluded.”

Note: Authorities’ Views – 20. The authorities noted that the ongoing tax reforms could be revenue enhancing in the long run.

The second legislation pass in the lower and upper house, June 2 and 4 respectively is the Public Health (Offensive and Harzardous Trades) Regulations No. 80, which requires a licence for common activities that form part of the culture of indigenous people  — scratching to make a living and entrepreneurs struggling for economic viability.

“… under section 9 of the Public Health Act, Cap 11.01, the minister responsible for health makes these regulations” that are now deemed illegal to do without a licence:

The Public Health (Offensive and Harzardous Trades) Regulations No. 80 legislation continues with – offenses and penalty (20. – 2) “A person who contravenes subregulation (1) commits an offence and is liable on summary conviction to a fine not exceeding five thousand dollars or to imprisonment for a term not exceeding six months or to both fine and imprisonment.”

Therefore, how consistent is the government in the formulation and promotion of public policy in comparison with the IMF Country Report No. 20/54?

“12. A coherent and credible medium-term adjustment strategy is needed to rebuild policy space and ensure that debt declines smoothly to the regional target of 60 percent of GDP by 2030. Notwithstanding the projected growth benefits from infrastructure investment, debt vulnerabilities are elevated and under current policies, public debt does not stabilize in the near term (Annex IV). Moreover, the elevated level of public debt limits the policy space to react to adverse shocks. Finally, the need to build ex-ante resilience to natural disasters further exacerbates public finance pressures.

“13. A medium-term adjustment strategy should be built around three main pillars. First, the government should maximize the revenue potential of planned reforms and develop new revenue sources. Second, public spending on resilience should be increased, financed by additional revenue sources and/or grant financing. Third, a clear institutional fiscal responsibility framework, including a fiscal rule, should be adopted to guide the pace and composition of the needed medium-term fiscal adjustment.

“14. Revenue-enhancing measures should be a key focus in the near term. The government’s planned reforms to the personal income tax (PIT) and the residential property tax are expected to be largely revenue-neutral in the near term (Box 1). The government also plans to introduce a hotel accommodation fee (estimated to generate annual income of 0.7 percent of GDP) to fund tourism marketing and promotion. However, this fee would be matched by a lower VAT on the hospitality sector to limit the impact on tourist expenses.

“Staff analysis suggests that even if the fee is fully passed on to tourists, it is unlikely to change St. Lucia’s regional ranking on tourist expenses or have a material impact on the number of arrivals given the estimated low-price elasticity of tourists to the region (see Annex V). As such, revenue gains from the hotel accommodation fee should be preserved and not offset with an expansion of VATpreferences. Additional revenue could also be mobilized by eliminating other VAT exemptions (while minimizing the impact on poor and vulnerable households) and by harmonizing tax incentives through regional coordination (see 2019 ECCU Discussion of Common Policies).

“Restraining current spending, especially on the public sector wage bill, remains a key priority. The plan to introduce the National Health Insurance (NHI) system to provide coverage of basic medical services is in the early stage and needs to be implemented in a fiscally responsible manner.”

The policy formulation of the government of Saint Lucia, secondary to being flawed was humiliating of legal explanations in the dead of night.

The practical avalanche that ensued to rescind the flawed legislation — all be it temporary — is scheduled to be re-introduced following the general elections.