I read the article on the proposed Hewanorra International Airport (HIA) redevelopment project – with contribution from Denys Springer, published in Caribbean News Global (CNG) on May 4, 2020. As a trained public policy analyst, I am intrigued by the focus of the article but will instead assess the likely impact of the project from a public policy perspective.

Simply put, I consider public policy to be any decision or non-decision made and any action or inaction taken by the government to achieve the goal of redeveloping HIA. As far as I can gather, citizens of Saint Lucia are in general agreement with the proposed redevelopment of the airport and the majority consider the initiative to be a worthwhile venture as a national development goal. What seems to be an issue, however, is whether or not the approach to financing the implementation of the project should be via a Public-Private Partnership (PPP) or a loan facility.

The purpose of this paper is to examine the many issues raised by Springer as they relate to the most effective approach to the implementation of large-scale and capital-intensive projects in a small developing state like Saint Lucia. The paper will consider the feasibility of the two approaches in light of the current challenges posed by the COVID-19 virus and implications for public policy from the perspectives of project financing, implementation, and good governance.

Financing of the HIA redevelopment

At the centre of the debate remains the issue of which approach to financing the implementation of the HIA redevelopment project (i.e. through a Public-Private Partnership (PPP) or a loan facility) is in the best interest of the country. On the one hand, the last Saint Lucia Labour Party (SLP) administration proposed to implement the airport redevelopment through a long-term 30-year PPP agreement.

This approach to public policy was a cooperative arrangement between the Saint Lucia Air and Seaport Authority (SLASPA) and the International Finance Corporation (IFC) of the World Bank endorsed by the government. Key elements of the PPP agreement between the IFC and SLASPA are as follows:

On the other hand, the current United Workers’ Party (UWP) administration proposed to implement the airport redevelopment through a long-term loan from an agreement with the Engineering & Construction Corp. LTDA. S.A (OECC) of Taiwan. The loan is US$100 million over 30 years with a grace period of five years during which the government will not be required to make any payment on the principal sum but the interest will have to be paid. The OECC will disburse the loan amount in tranches while the company’s accountants and engineers will oversee the project. In addition to this amount, the government also intends to secure a loan of EC$330 million from a consortium of local banks.

Proponents of the PPP consider the model more advantageous because it allows for the allocation of design and construction responsibility to the private sector, combined with payments linked to the availability of a service, and provides significant incentives for the private sector to deliver capital projects within shorter construction time frames. More importantly, this approach would enable the government to share the many risks involved in the implementation of such a capital-intensive project.

Among these include what is known as scope creep, cost overruns, adequacy of human and financial resources, disputes between client and contractor, or between the contractor and its personnel. Other potential risks are associated with the procurement process and the timely delivery of supplies and materials ordered.

Perhaps the project implementation risk that is most instructive at this point is the one referred to as “force majeuere” or the chance of a major negative event beyond the control of the government. COVID-19 is a timely reminder to the government that such a risk is real for a small island like Saint Lucia seeking to undertake a project of this magnitude. We are already facing the possibility of a major decline in the tourist industry with a reduction in the level of visitor arrivals and the possible increase in the cost of travel. A recent announcement that the country is expected to face a very active hurricane season this year gives no comfort either.

In light of the COVID-19 pandemic, one needs to ask whether it is sufficient for proponents of the loan facility approach to justify the risks involved in the adoption of a loan strategy simply on a fervour of nationalism. The argument advanced by ministers and political operatives that the government wants to retain control of the physical resources (i.e. the airport), of the country and not hand it over to a private entity is devoid of logic. Similarly, the argument that the government is likely to generate more revenue directly from the airport operations no longer has any validity.

From a good governance perspective, a citizen must be concerned with several issues.

One issue of concern is transparency or the extent we say that the general public is sufficiently knowledgeable about the airport redevelopment policy of the current government and do they feel confident in its intentions. A second issue which the majority of citizens have been complaining about concerns the potential for political corruption, that is, the ability of government ministers and their political operatives to engage in abuse of the public office or trust for personal gain. A third concern has to do with stakeholder participation, meaning the opportunity provided by the government for the citizens to exercise influence over such a critical public policy decision.

Finally, there is the issue of public accountability, in that, we have given the elected and appointed political directorate a mandate to govern for a five-year term of office, but is it that we must wait until the end of the term to hold them accountable for major policy decisions or actions we deem to be reckless.

The article Hewanorra International Airport fiasco awaits Taiwan benevolence has highlighted the folly of the decision by the current government to discard the PPP approach to the redevelopment of the HIA. I likewise question the feasibility of the enclave proposed by the prime minister to address the impact of COVID-19 on the tourism industry.

The article also brought to the fore the stark reminder of the allegations of corruption leveled by a ministerial colleague in the previous UWP government against the same minister in the current government who is spearheading the project.

Additionally, the article raises concerns about the waste of public resources, materialism, greed, and abuse of public office. It must be pointed out that not too long ago the UWP administration decided to demolish the EC$27 million meat processing plant funded by the Taiwanese government.

Therefore, to my mind, the real question all Saint Lucians must ask themselves — should we continue to allow the government to abuse the generosity of a friendly government like Taiwan?

On a final note, I must lament the absence of a bipartisan approach to major public policy issues such as airport development or the implementation of national projects like Desert Star Holdings (DSH) in this country. To my mind, the time for constitutional reform is now. The introduction of a national constituent assembly to broaden participation in public policy making is long overdue. 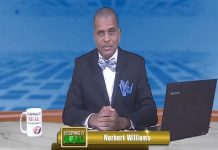 Notice of termination of lease and notice to quit 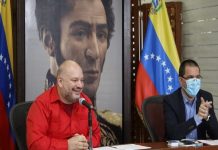 New Simón Bolívar institute for peace and solidarity among peoples: A refreshing contribution from Venezuela to the world