LONDON, ENGLAND – The scenario at play in Saint Lucia during the COVID-19 pandemic with an economy heavily dependent on tourism as its main source of revenue ( at a full stop and may take years to recover near 2019 levels ) is the ongoing fetish for the redevelopment of Hewanorra International Airport (HIA) via a Public-Private Partnership (PPP) now at US$225 million. The Import/Export Bank of Taiwan is a party to this project.

The island’s main tourist destinations the United Kingdom (UK) the US, and Canada are all under lockdown, rendering Saint Lucia’s airports vacant. North America and Europe are suffering huge job losses and the expected drop of 30-40 percent in tourism receipts for 2020/2021. 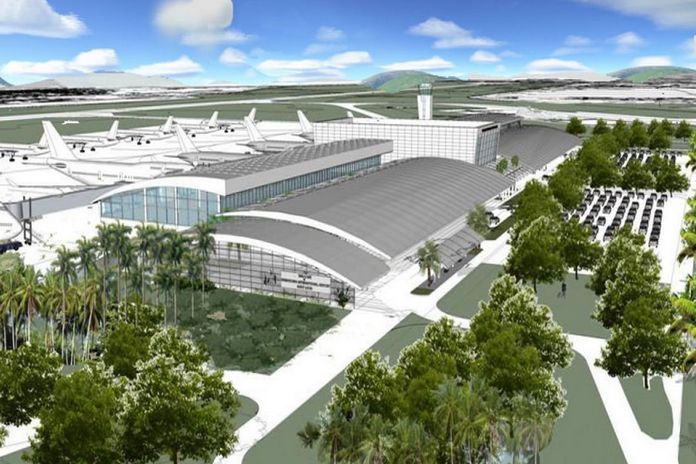 British Airways is scheduled to lay-off 12,000 of its workers, including pilots, and that approximately 28 percent of their workforce will not return. The Gatwick base, where most of Saint Lucia’s flights originate, is facing closure. There is further uncertainty in the travel and tourism market, on aspects of ticket pricing, long-distance flights where social distancing and the requirement to wear a mask is the new norm, while deep bailouts for airlines or bankruptcy is fashionable.

Sir Ron Saunders warned that “any pent-up demand for tourism will be tempered by fear and by cost. Configuring airplanes for safe physical distancing will reduce the number of passengers and consequently increase the cost of travel”.

Recently prime minister Allen Chastanet is floating the idea of an ‘onclave’ (enclave) industry, anticipating the return-to-travel, behavior, and anticipated remodeling for the reopening of the island and tourist, “ extractive industry “ while selectively advertised is ongoing for June 4.

However, there is the point of reference that politics is a business, no less an apologist than the former chairman of the National Development Corporation (NDC) of Saint Lucia writing in a 1997 article, “politics is a business, the higher the stakes the more stressful it becomes, hence the reason why individuals who enter the political field should give due consideration to these stringent requirements least (sic) their future becomes permanently impaired”.

Truth be told that success in politics and business is rarely achieved, at least nowadays, without doing a good many things which would be considered surprising, and rightly so.

Kenneth Hudson writings in “The Language of Politics” is of the view that “to lie, evade, tell half-truths, mislead and tread in order to win power is shameful and no attempt to rationalize what one is doing by pretending that it is in the interest of the party, company or the nation makes any difference”.

This precept is on display in the current “governance” of Saint Lucia, that further illustrates Hudson’s writings, “to agree to function month after month as a rubber stamp to whatever line of action the party leaders decide is desirable and to anaesthetise one’s own opinions and conscience in the process is equally disgraceful”.

Once again this exposes senior politicians knowing that policy-making and decisions taken are incompatible. Besides, unable to speak truth to power and self; for fear that descent means being ostracised.

The soggy vagueness and ambiguity witness in the House of Assembly to debate the estimates of expenditure for 2020/2021 underscores a government, unable to account and defend their record as presented – a corrupt political order.

This buffoonery, however, is supported without the aptitude to argue differently, knowing that Saint Lucia is on the verge of bankruptcy, subject to the International Monetary Fund (IMF) and the Work Bank emergency lending mechanism supplementing the estimates of revenue and expenditure. This is rather profound, observing that the minister for finance is unable to tender a social and stimulus package to buffer pre and post COVID-19.

However, the crowning achievement is hypocrisy and exploitation that surrounds, “the aggregate growth rate for the four years is 11 percent, ” still, the government is unable to pay salaries, requires a 50/50 cash and government bond proposal to civil servants; meanwhile scouting Credit Unions and other financial slots for cash.

The question, therefore, is about expediency, safe politics, or conscience, and what is right?

Taiwan may be very concerned that the premise on which the loan was granted no longer exists, albeit the government of Saint Lucia is desperate and unthinking, needs to ‘ration cash’.

COVID-19 has exposed government squandering, particularly on Desert Star Holdings (DSH), the largess of consultants and concessions to the hotel industry, coupled with unsustainable projects.

There is extreme materialism in government and the party structure that is vulgar. Greed and exploitation is commonplace that lives up to the government mantra of five to stay alive.

But in realty, leader of the opposition Philip J Pierre has it correct: “ It is 95 to die” – ‘the people of Saint Lucia,’ while the five seem more concerned with presenting flashing mirrors and a heavy dose of deceptive rhetoric.

It is ill-conceived to continue with the redevelopment of HIA on such a massive scale in the dynamics of COVID-19, social and economic instability. At this juncture, the benevolence of Taiwan should not be taken for granted and squandered, knowing that a lesser scale venture is feasible.

The forward of the 2020/2021 budget summary reads: “Recognizing the significant reduction in revenues anticipated during the fiscal year, departments and agencies are encouraged to continue to embrace the challenges of aligning resource requirements to demonstrated performance results while at the same time doing more with less, as the allocation of resources will necessarily be informed by revenue performance and success in resource mobilization efforts.”

– With contribution from Denys Springer