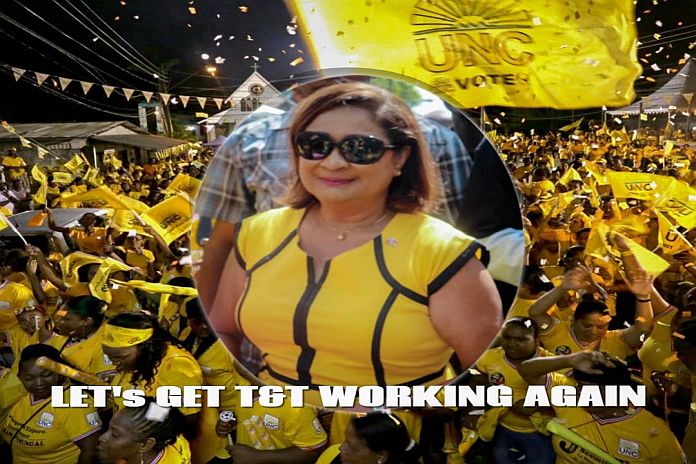 PORT OF SPAIN, Trinidad — International election observation and monitoring is an important mechanism for ensuring election integrity, the United National Congress (UNC) asserted in its request for international observers ahead of the August 10, general election in Trinidad and Tobago.

“ We needed to ensure that our election is conducted in a free, fair, and just manner that will reflect the true mandate of the people,” said political leader of the UNC, Kamla Persad-Bissessar.

In true form, the political leader of the UNC, Persad-Bissessar, has written to prime minister Dr Keith Rowley, urging him to invite international observer teams to monitor the 2020 general election.

The text of the UNC leader’s letter is outlined below:

With the August 10th General Election fast approaching, I am writing to urge you to invite international observer teams to monitor the poll.

While the United National Congress acknowledges the ongoing global COVID 19 pandemic and the public health regulations that are currently in effect, we are very concerned that measures are not in place to ensure citizens are able to exercise their franchise.

International election observation or monitoring is an important mechanism for ensuring election integrity, and the UNC is of the firm view that international observers are needed to ensure that our election is conducted in a free, fair, and just manner that will reflect the true mandate of the people.

As a Caribbean community, we have seen the critical role both international and CARICOM observers have played within the recent elections in Guyana. In Guyana, four months after national elections were held on 2 March 2020, an elected President is yet to be declared, with allegations of election rigging and impropriety now being litigated at Guyana’s highest Court, the Caribbean Court of Justice.

Several international observers were invited to monitor Guyana’s 2020 elections including CARICOM, OAS, EU and the Carter Center. It is to the credit of these observer groups that an independent position on the 2 March 2020 elections has been placed in the public domain. It is highly likely that without these international observers, Guyana’s election process may be viewed as even further compromised.

Prime Minister, as part of the CARICOM delegation that visited Guyana on 11 March 2020 to meet with the main actors concerning Guyana’s general election impasse, you can attest to the importance of international and regional observers in national elections today.

At this juncture, there is sufficient time for international observers to enter Trinidad and Tobago, undergo quarantine, and upon testing negative for COVID-19, assume their duties. Any delays in issuing invitations to international agencies, however, could lead to our nation being deprived of this integral mechanism to monitor our election.

As such, this matter must be acted upon urgently so as to ensure we do not miss the window of opportunity given the COVID-19 protocols to which we must all adhere.

Therefore, I call for exemptions to international observers to be granted as early as possible, so that the quarantine period can be completed well ahead of the General Election.

International observers have in the past, played an important role in Trinidad and Tobago’s elections. As you are aware, in the 2007 and 2010 elections, we received observers from the Commonwealth and Caricom, while the 2015 election was observed by the Commonwealth. I, therefore, do not see any reason for you as the Prime Minister to deny this legitimate request in accordance with convention and international best practice.

Citizens are also paying close attention to the Government’s position on the call for international observers for the 2020 General Election.

A responsible government should do the right thing to ensure not just free and fair elections, but elections that are free of fear.

Let us be on the right side of history and invite third-party international observers from the United Nations, CARICOM, The Commonwealth and/ or the Carter Centre, in the interest of ensuring that extra sense of fairness to our electorate.

I await your urgent response and action.