CASTRIES, St Lucia – While some may criticize mainstream media outlets for a variety of sins, a handful remain resolute to find answers from chairman of the Development Control Authority (DCA) Clem Bobb, about construction/development – “within, without and/or in the proximity of the UNESCO World Heritage Gros Piton,” depending on interpretation.

Chairman of the DCA, Bobb, offered, “no comments” and dodged many opportunities to set the record straight about construction/development and referenced in this HTS NewsForce report.

The construction/development in sum or part was rejected by the DCA in 2017, but subsequently approved, is said to be that of Geoffrey Robillard a senior vice president – import division of Dollarama Inc., since October 2006.

Saint Lucians at home and abroad remain baffled to a point of ‘misunderstanding’ how such is allowed. A request for comment from a Saint Lucian/Canadian reads:

“My ‘misunderstanding’ stems from the simple fact that I cannot park on the lawn in from of my house in Canada (that I have to maintain). It is a bylaw offence, and a ticket is permissible, to be paid in due course.

“I cannot cut a tree branch on my lawn in from of my house or dig a hole. I must apply for permission. Which follows an inspection by an arborist, approved by the City/municipality. The rest is based on their recommendation.

“I cannot change the exterior outlook of my house and/or the esthetic of the surrounding … the rule of law is firm on what is permissible.”

Subject to the policy and decision-makers to approve such a development in this strategic location – “It took years to achieve World Heritage status for the Pitons. Yet, a few bloodthirsty and money nincompoops can literally in one foul swoop wash away years of hard work for those magnificent twin peaks,” Denys Springer said in a recent commentary published by Caribbean News Global (CNG).

“The blood of the nation be on their hands of the composites of the cabal Cabinet, brainless and/or corrupt individuals the head statutory institutions, hungry and greedy facilitators that provide professional services to such misdeeds, naturally their hearts and minds are in the gutter and don’t see nor understand the importance of Saint Lucia’s patrimony. Our Amerindian ancestry is alive,” Springer wrote.

Public discontent compelled minister for physical planning, Herod  ‘No Talks’ Stanislas to address the construction/developments at the UNESCO World Heritage Pitons, albeit, in part, confirmation about private meetings and determinations were not forthcoming, however, said:

Statement on the Housing Development happening within the Piton Management Area.

“I want to reassure the nation that the Department of Planning and the Development Control Authority (DCA) has abided by the laws and the rules governing the Pitons Management Area and at no time was any aspect of the development in question approved that would threaten the designation of the Pitons Management Area as a World Heritage Site. The guidelines for the PMA were developed by the government of Saint Lucia and are contained in the PMA and the Soufriere Region Integrated Development Plan, otherwise known as the Hyder report, 2008, and The Limits of Acceptable Change (LAC) Study of 2013,” minister Stanislas said.

“By letter dated December 28, 2015, then prime minister and minister for finance Dr Kenny Anthony, granted the proposed buyer the status of an “Approved Developer.” According to planning minister ‘No Talks’ Stanislas, “The exact quote from Dr Anthony’s letter reads: “Subject to the resolution of all outstanding issues regarding the status of that part of the property which falls within the World Heritage Site I am pleased to advise you that pursuant to Section (4) of the said Act, Geoffrey Robillard has been granted the status of ‘Approved Developer,’” planning minister ‘No Talks’ Stanislas said in a statement, September 18, 2020. 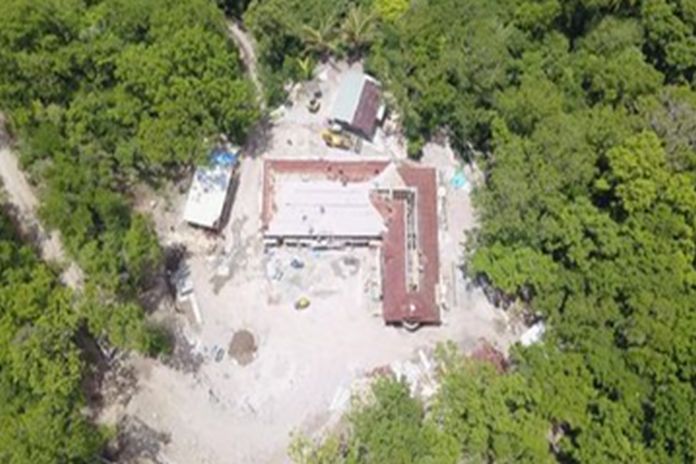 John Peters outlined ten facts you did not know about the DCA September 23, 2020.

The article “The blood of the nation be on their hands” referenced: “The Pitons and Cabot St Lucia deals are devastating national issues; and as far as I am concerned, both warrant an injunction and imminent domain treatment.”