US – China trade negotiations are set to recommence amid the White House sending mixed signals about what’s next, emphasized nationalism and patriotism over globalism, criticized China and defended the trade war, president Donald Trump speaking at the United Nations.

Pretentious that the US-China trade war in not impacting air freight demand and to ignore calls that US-China must work together to advance mutual interest, the impeachment proceedings against president Trump adds to the sentiments of global uncertainty.

After nearly a month of Trump’s White House refusal to comply with investigations into whether Trump jeopardized national security either by insistent Ukraine to interfere in the 2020 presidential election, and/ or withholding security assistance congress and House committees are demanding documents by October 18.

“After nearly a month of stonewalling, it appears clear that the resident has chosen the path of defiance, obstruction, and cover-up,” the letter reads.

Acting chief of staff Mick Mulvaney on Friday was subpoenaed, meantime the Trump administration’s refusal to turn over the whistleblower complaint on the president’s interactions with Ukraine.

However, Pelosi maintains that there “is no requirement under the Constitution, under House Rules, or House precedent that the whole House vote before proceeding with an impeachment inquiry.”

“Given that the president on national television urged yet another foreign government to meddle in our upcoming 2020 elections, we would think the White House would want to mount a vigorous defense of the president’s clear betrayal of his oath of office,” a senior Democratic aide contends. 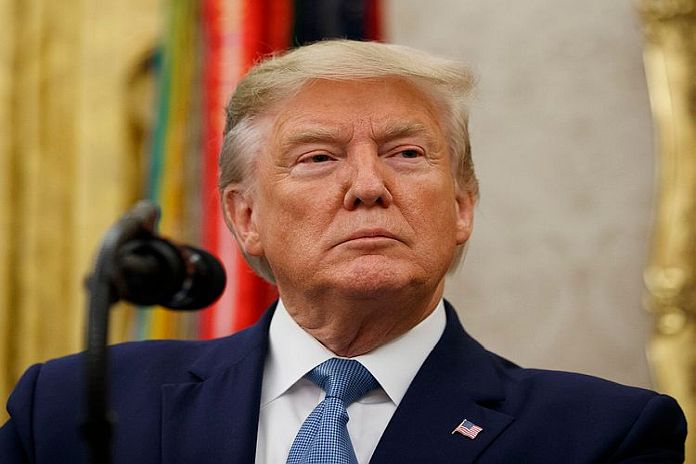 Key financial market data reported that the US economy expanded at a rate of two percent in the second quarter, unchanged from the previous estimate, but down from 3.1 percent in the first quarter. Consumer spending was down to 4.6 percent from the previous estimate of 4.7 percent, however business investment declined one percent, the worst showing since the last quarter of 2015.

The US Bureau of Labor Statistics reported that total nonfarm payroll employment increased by 136,000 in September while the unemployment rate declined to 3.5 percent, down by 0.2 percent, amid steady labor force participation rates. The job gains were highly concentrated in some industries, notably health care and professional and business services, although even there we saw some softening.

Job growth remains on its slowing trend even as labor markets continue to get tighter. While wages dropped slightly, finding qualified workers is likely to get more difficult. Overall the labor market is still healthy and does not necessarily increase the likelihood of further rate cuts by the Federal Reserve in the remainder of the year.

Policymakers across the world worry about affordable housing. They should. It represents the cost of a basic human need—shelter. Canada is no exception as it grapples to provide affordable housing in some cities, like Vancouver and Toronto, where rents are high, and for many, the dream of owning a home has faded.

There is increasing global concerned about, the impact of the ongoing trade war – to sluggish economic growth, a decline in business investment and a declining, in consumer confidence, (spending is also slowing).

President Trump’s impeachment proceeding will add another hit to the global economy is compounded by prime minister Boris Johnson’s Brexit plans to leave the European Union without a plan come October 31. There is also the cloud of new elections, factored with Thomas Cook, founded in 1841, unexpectedly, has ceased trading.