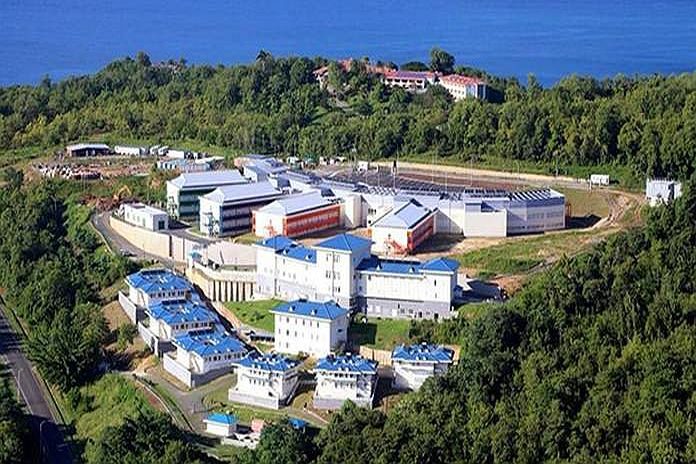 “On Friday, 27 March 2020, Saint Lucia reached a critical milestone with the full transition from the Victoria Hospital to the Owen King European Union (OKEU) Hospital, a project financed by the European Union. Over the past 10 years, the European Union has provided more than EUR 50 million in support of the Health and Wellness sector in Saint Lucia, including EUR 36 million towards the physical construction of the OKEU Hospital and a further EUR 8 million for the provision of biomedical equipment and furniture.”

Notwithstanding what is well known and widely written about the “ transition to the OKEU” and that “It is a shame that the director-general for International Development and Cooperation at the European Union, who donated the Owen King European Union (OKEU) hospital, to the people of Saint Lucia, gave the government a failing grade of two out of ten –  for the non-functionality of the hospital after a visit to Saint Lucia in September,” the said press release explained.

“With the global outbreak of COVID-19 threatening the economic, social, health and overall well-being of all countries, the government of Saint Lucia accelerated the move to OKEU Hospital while reserving the Victoria Hospital as a respiratory medical facility. The move to the new hospital began with the provision of out-patient services such as dialysis and physiotherapy in 2018 and was finally completed with the transfer of all in-patient services on 27 March 2020.

“Following a visit to the OKEU Hospital, where the move-in was ongoing, Saint Lucian prime minister Allen Chastanet noted that “St Lucia can never thank the citizens of Europe enough. This is the largest capital investment programme that the EU has done in the Southern part of the Caribbean.” EU Ambassador Daniela Tramacere welcomed the timeliness of the transition as a vital response not only to the COVID-19 pandemic but also in improving healthcare provision in Saint Lucia.

“The modern healthcare facility has two floors spread across four wings and includes operating theatres, an Intensive Care Unit (ICU), morgue, laboratory, wards for in-patient treatment, an ambulance bay, and out-patient clinics. Physiotherapy services are also offered. There are 120 beds and the ICU accommodates six beds with two additional isolation areas. The hospital also boasts state-of-the-art biomedical, radiology, and theatre equipment including an MRI scanner. Much of this equipment was not publicly available at the existing Victoria Hospital.

“In addition to the OKEU hospital, the EU provided a further EUR$ 6.85 million in support of activities for the acceleration of Saint Lucia’s Health Sector Improvement Plan. This included training of medical personnel and complementary assistance for improving the quality of care with updating of standards and protocols,” the release concluded.

In keeping with Saint Lucia’s prime minister to concede ‘numerous challenges’ with OKEU ‘a nurse’ can solve, said last year: “Several challenges encountered which have delayed the move are major electrical faults, the failure of the air-conditioning system and air quality concern issues,” the prime minister said. However, “Over the past few weeks, we have been able to address the electrical issues and we are currently in the process of rectifying the failure of the air condition system and the air quality issues.”

In the interest of brevity and that the hastily move to OKEU was entirely forced due to COVID-19, here are some related articles.