Tell us the government will have no choice but to follow the prescriptions of the International Monetary Fund (IMF) to access the US$29.2 million loan facility. Your statements about hard-working public officers are both disingenuous and insulting. Further to that, COVID-19 has exposed you as the bankrupt government of the Caribbean.

This article is intended to let you know the history of the Saint Lucia public service is replete with examples of public officers, who have devoted their professional careers to reform the public service and made it more productive. However, it is the actions of politicians like you that stand in the way of public service, achieving defined performance goals.

For this discussion, I will focus on four standard criteria used to assess the performance of the public sector to demonstrate that the fault most of the time belongs to the transient political directorate. The performance assessment criteria are as follows:

On the effectiveness criterion: You need to understand that it is unlikely the public service will be productive, when the political directorate itself continues to be ineffective by making the wrong public policy choices, time and time again. We only have to look at the wastage of millions of taxpayers funds on the Desert Star Holdings (DSH) project, which the prime minister himself described as a venture that is not viable.

Secondly, public officers looked on while your government pursued a public policy of facilitating the loan of millions of dollars from pensions funds, (saved by thousands of contributors with the National Insurance Corporation (NIC) to a so-called billionaire investor on a golf project when the global record of failure, of such a project is well-known.

Thirdly, the banking institutions turned down the government’s overtures for cash to fund public service operations, yet the minister expect public officers to allow the government easy access to their savings accumulated over several years in their credit unions. Again, I must point out that when it comes to effectiveness, the public officers and I daresay, a large section of the population has lost confidence in the ability of your government to pursue realistic public policies.

On the efficiency criterion: The minister need to understand that public officers can be efficient, if and only if, the political directorate create the working environment that is conducive to productivity and provide the necessary institutional support required.

But alas, it had to take COVID-19 for the minister and the political directorate to realize that government had been setting the wrong priorities on the use of annual revenue; by duplicating efforts with the outsourcing the budget preparation function to a private sector entity, at an exorbitant cost – bypassing paid staff of the ministry of finance with the expertise and experience to do so. It is the same ministry staff whom the government did not have confidence in during the last three fiscal years, who had to prepare the 2020/2021 estimates of revenue and expenditure. The prime minister showered praise on them in parliament for doing an excellent job. What double standard and wastage?

COVID-19 should have also created the awareness that the government must observe the principle of meritocracy, when it comes to appointments and career mobility within the public service. Creating unnecessary non-established positions in the public service, padding them with political appointees, and catapulting them to the top of the public service hierarchy is not the way to motivate career public officers.

Let me also point out that it is the political directorate who decided that public officers should remain home as part of a strategy to combat the COVID-19 virus. By making uninformed and frankly, insulting statements about public officer(s) is disrespectful of the cadre of highly qualified and experienced professionals the government must rely on to fulfill its political mandate.

On the responsiveness criterion: The average person must reflect on the vexing question of how the country got to where it is today. Just in case the minister needs any reminder, let me proffer a few.

First, the political directorate spent the better part of four years of a five-year mandate gloating at its success at the polls. Second, they used up considerable time chasing interest of private entities and pursuing personal dreams and ambitions instead of paying attention to the cries of the citizenry. Third, the political directorate ignored feedback provided by key stakeholders on large-scale capital-intensive projects, opting instead to shame and embarrass them in public. Fourth, the government dismissed experts who dared to point out short-comings in public policy and requested reconsideration; choosing to act as engineer, architect, and contractor.

It is indeed revealing that a minister of government had to disclose to the general public that it was necessary to hold a telethon to purchase personnel protective equipment (PPE) for our frontline personnel, in the fight against COVID-19. The rationale provided for the event was false – as one would reason that the purpose of the contingency line item in the 2019/2020 annual estimates is to do exactly that.

Therefore, it is inexcusable for the minister of economic development to pleasure himself on the size of the public service in such a flippant manner; suggests that he is out of his depth with the economic development portfolio assigned to him by the prime minister. Instead of making these conceited statements, it would have been helpful if the minister presented the public with empirical data to support the arguments he advanced.

Further, the economic minister claimed that the public sector trade unions are holding the country to ransom – and their pursue to sink it –  can be described as pure fabrication. As a matter of fact, bargaining agents for public officers – the trade union must act as a watchdog of the public purse. Having noticed that the political directorate is driving us full speed ahead towards a precipice, it is their responsibility to sound the alarm. Therefore, the ranting and ravings of the minister – is essentially laying the basis for the introduction of stringent measures that usually accompany the acceptance of an IMF structural adjustment programme, while the country is reeling under the current economic catastrophe of COVID-19.

Consequently, public administrative reform is not a matter to play political football with and will not be successful if the government takes a knee-jerk reaction to the dictates of the IMF. Reform of such magnitude is a well-planned process that must be guided by experts in the field of public management and requires the participation of all major stakeholders including all public sector trade unions. I draw the attention of the reader to the last major administrative reform effort undertaken in Saint Lucia during the late 1980s that resulted in the comprehensive restructuring and reclassification of the public service.

Do not treat the statements made by economic minister Joseph lightly. He is on a mission to cut the public service to satisfy the conditions of the US$29.2 million loan secured by the government from the IMF. All public sector unions need to be vigilant to stop the government from putting a large number of Saint Lucians on the bread-line.

‘Lucians, watch your bread’. To be forewarned is to be forearmed. 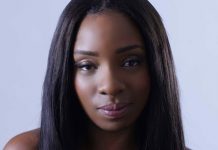 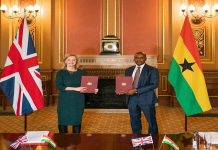 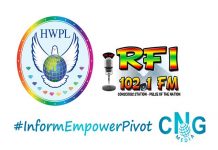 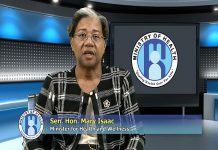 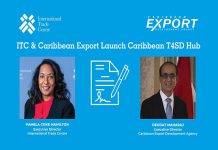 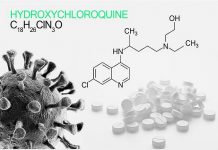 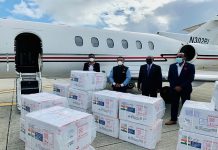 The View from Europe: Has the EU-CARIFORUM EPA worked?